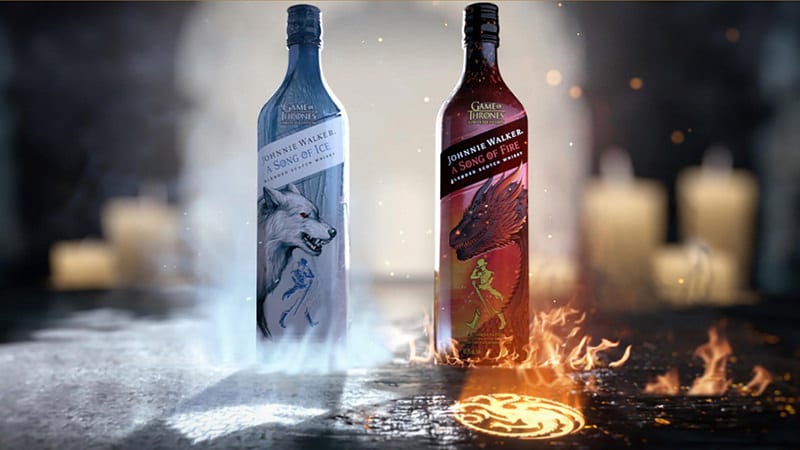 After nearly a decade on the air, Game of Thrones has finally ended its eight season run on HBO. After one final appearance at the Emmys this past weekend, the show has cemented itself as a new mainstay of popular culture with a new Best Drama Series Emmy under its belt. The merchandising world has been eager to represent Game of Thrones with everything from Funko Pop figures to video games. Johnnie Walker also celebrated the series last year with a special new whiskey, and now the company has upped the ante with a new set of whiskeys themed around A Song Of Ice and Fire.

As seen on the official Johnnie Walker website, the new set of whiskeys are going to be released soon by the whiskey giant. The set consists of two new whiskeys titled “A Song Of Ice” and “A Song Of Fire.” A Song Of Ice is themed around House Stark featuring an Ice-themed bottle displaying a Direwolf, the creature seen on the Stark house sigil. The single malt drink comes from a distillery in Clynelish, Scotland and features a “crisp, clean taste.”

A Song Of Fire is themed around House Targaryen, showing a fire-breathing dragon from their house sigil on the bottle. The whiskey comes from the Caol Ila distillery and boasts a rich and spicy flavor with some smoky aromas. These whiskeys are available now in stores nationwide, and will be available globally in October. These are the perfect gift for any Game of Thrones fan looking for a refreshing way to numb the sadness and/or disappointment from the series finale.

What do you guys think about these Game of Thrones themed Johnnie Walker whiskeys? Let us know in the comments below! Be sure to stay tuned for the latest Game of Thrones news, such as our list of suggested video games to play to fill the void of Game of Thrones, here on Don’t Feed the Gamers! Follow us on Twitter to see our updates the minute they go live! 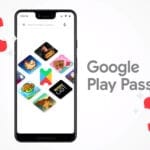 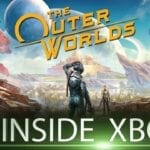