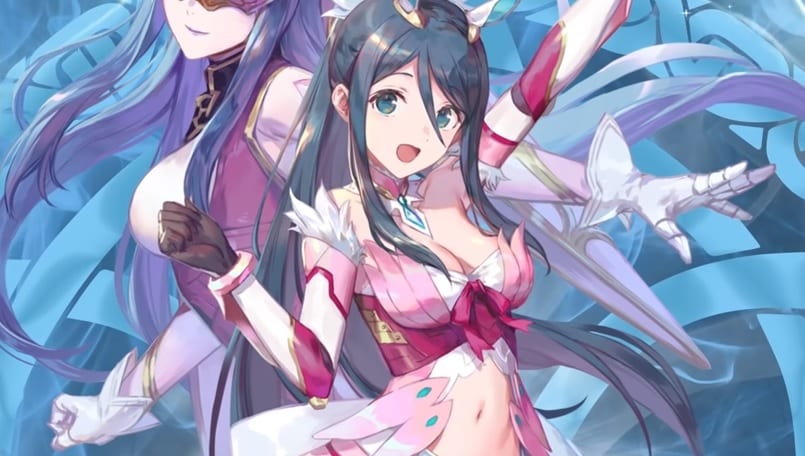 There’s been quite a bit of news regarding Fire Emblem circulating the web today. Earlier, during the Nintendo Direct presentation, the Big N announced that Super Smash Bros. Ultimate is welcoming yet another Fire Emblem character into the roster by way of Three Houses’ Byleth. It may not have been the most popular choice with fans, but that’s what we’re getting, a sentiment Waluigi fans know all too well. Additionally, on the gacha side of things, it was revealed elsewhere that popular free-to-play mobile game Fire Emblem Heroes is getting a special crossover event with JRPG Tokyo Mirage Sessions #FE Encore.

The news comes by way of a recent reveal video for the new Fire Emblem Heroes event subtitled New Heroes (A Star Is Born). Splash arts for characters Eleonora, Kiria, Mamori, and Tsubasa are all revealed in the video, along with snippits of gameplay and what each character brings to the table in terms of weaponry and abilities. Check out the video below, keep in mind the resolution was designed for viewing on mobile devices:

For those unfamiliar with Tokyo Mirage Sessions, the JRPG takes elements of Atlus’ Shin Megami Tensei series (popularly known for the Persona games) and meshes them together with “Mirage” characters that take after Fire Emblem characters. The teens that are featured in the game team up with the Mirage characters to become pop idols, naturally, in order to defeat monsters. The four characters mentioned above will all be available via the Fire Emblem Heroes gacha system, while the game’s main protagonist, Itsuki, will be available for free through the upcoming Tempest Trials event.

Fire Emblem Heroes is now available on Android and iOS. Tokyo Mirage Sessions #FE Encore will be available in the West on January 17, 2020 for Nintendo Switch.

So, thoughts on the latest Fire Emblem Heroes event? Which units do you plan on pulling for? Let us know in the comments section below, and as always, stay tuned to Don’t Feed the Gamers for all the latest gaming and entertainment news! Don’t forget to follow DFTG on Twitter for our 24/7 news feed!