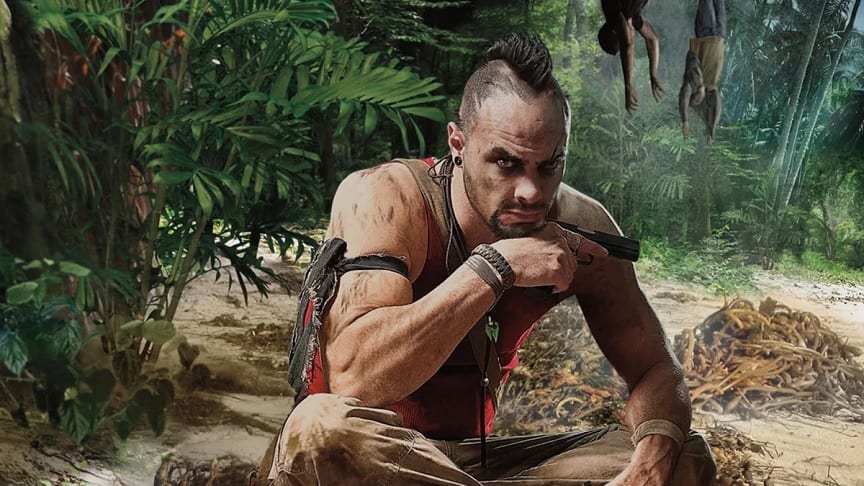 Far Cry has had its fair share of rich and robust villains for players to square off against throughout the franchise’s history, with the latest upcoming Far Cry 6 being no exception to this. With every new entry in the series, though, these brilliantly-crafted characters get left by the wayside, which is unfortunate, to say the least. Thankfully Far Cry 6 seems to be changing things up, as Ubisoft has revealed that the game’s post-launch content will let players play as Vaas and other past villains.

The reveal comes by way of Ubisoft’s presentation during day 2 of Geoff Keighley’s Summer Game Fest 2021. Following a new cinematic trailer (shown above) that offered a unique look into the mind of Giancarlo Esposito’s villainous dictator Anton, another trailer is then shown depicting the Become The Villain Season Pass content coming to Far Cry 6. The new content appears to delve partly into the minds of these past villains, offering a unique and fresh perspective on these characters. Check it out below:

As shown in the trailer, players will be able to play as Vaas Montenegro (Far Cry 3), Pagan Min (Far Cry 4), and Joseph Seed (Far Cry 5) in three separate Become The Villain episodes as part of the game’s Season Pass content. Voice actors Michael Mando, Troy Baker, and Greg Bryk return to reprise their roles as the villains, which is what makes this a particularly exciting venture for those that miss the creepy bad guys. As an added bonus, the Far Cry 6 Season Pass will also include the neon cyberpunk-ish Far Cry 3: Blood Dragon DLC.

Thoughts on the newly revealed Far Cry 6 content? Let us know in the comments section below, and as always, stay tuned to Don’t Feed the Gamers for all the latest gaming and entertainment news! Don’t forget to follow DFTG on Twitter for our 24/7 news feed!