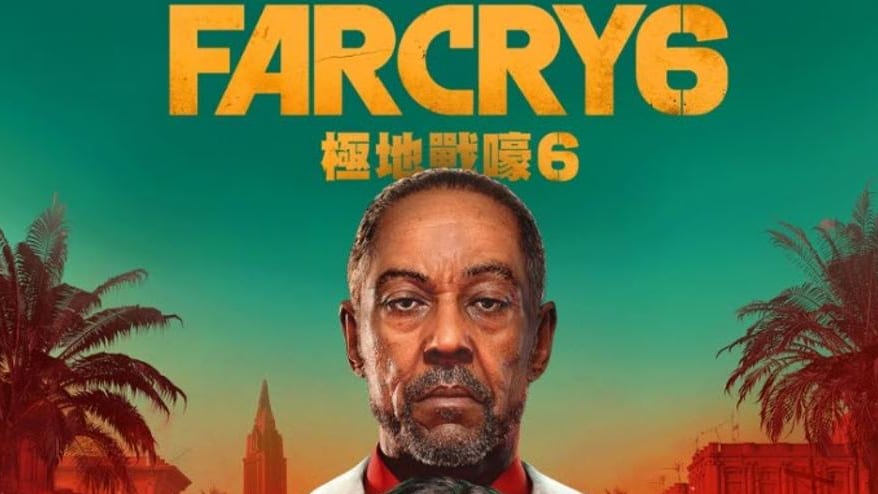 As summer continues, more studios will be revealing their digital replacement’s for this year’s E3. Ubisoft is no exception to this as their showcase will be taking place this weekend, but it would appear that a leak has claimed yet another surprise in the form of a Far Cry 6 listing appearing on the PlayStation Store Hong Kong.

The listing itself, which has since been deleted, offers up a plethora of details about Far Cry 6. Most notably, we get a bit of key art that reveals Giancarlo Esposito is going to be the story’s villain, Anton Castillo, the ruthless dictator of Yara. Players will be assuming the role of Dani Rojas, a guerrilla fighter and local Yaran who is looking for a bit of liberation from Castillo’s regime.

“Welcome to Yara, a tropical paradise frozen in time,” reads the Far Cry 6 description. “As the dictator of Yara, Anton Castillo is intent on restoring his nation back to its former glory by any means, with his son, Diego, following in his bloody footsteps. Their ruthless oppression has ignited a revolution.”

According to the listing, Far Cry 6 is set to arrive on February 18, 2021. In addition to this, it is noted in the listing that the game will be able to be upgraded for free to PlayStation 5 from the PS4 version of the game. This will likely also be true for Xbox consoles. Of course, as with all things on the Internet that are not official announcements, it is best to keep the salt nearby.

However, this is looking pretty legitimate and we will probably be seeing something a bit more official from Ubisoft when the Ubisoft Forward presentation arrives on July 12th. Keep it tuned to Don’t Feed the Gamers as we learn more about Far Cry 6, and for other gaming goodness going on right now, check out the following:

What say you, gamers? Are you glad to see Giancarlo Esposito as the bad guy in Far Cry 6? Sound off in the comments section below, and be sure to follow DFTG on Twitter for live gaming and entertainment news 24/7!