DFTG 2018 Staff Picks: All Our Favorite Games Of The Year 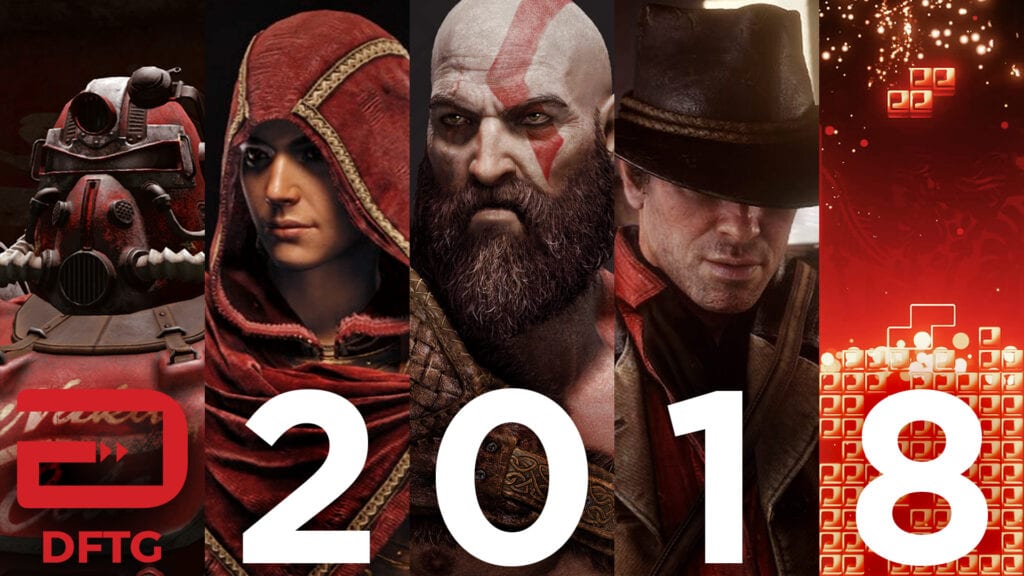 2018 has arguably been one of the biggest years in gaming thus far, not only due to the vast creative worlds that made their debut, but also because of the sheer volume of titles that dropped over the past year. From the kill-fests of battle royale, the ever-present challenges in RPGs, to the casual experience of mobile gaming, the last 12 months has presented some top-notch titles for fans of most any genre. Quite a few appreciative gamers make up the staff here at DFTG, where in between dedicated/sleepless bouts of content creation, we’ve found great enjoyment in several particular games from 2018. 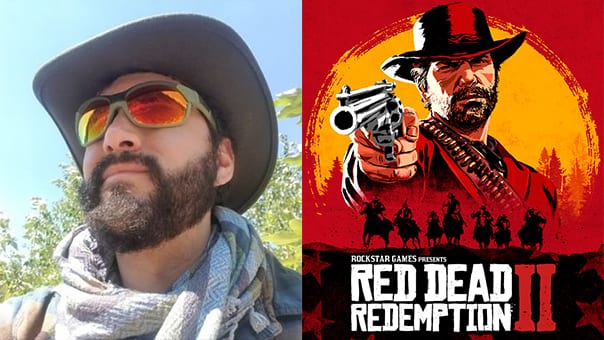 This year was a toss up for me between Assassin’s Creed: Odyssey and Red Dead Redemption 2. Both consisted of intriguing characters, brilliant storytelling, and gorgeous landscapes that draw the player into the world. While Red Dead Redemption 2’s mechanics are a are less initiative than ACO’s in the end Rockstar was able to create a title that exceeded my expectations a little more than the latest Assassin’s Creed did. 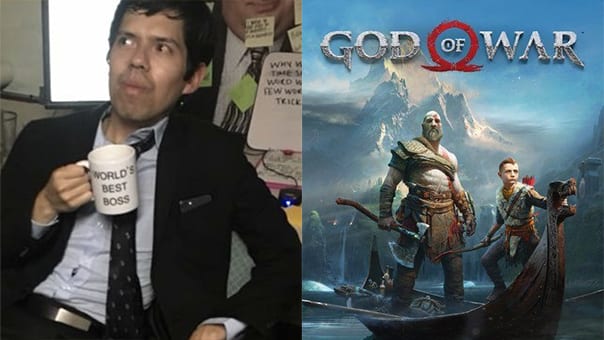 A quick shout out to my favorite game of the year, Celeste, with its compelling platforming and brilliant way of tying it to and talking about depression and anxiety. Spider-Man was probably the most fun I had with a game this year, but objectively I would have to declare God of War as the game of the year. The direction on the game was absolutely brilliant, with the performances of the two leads as some of the best gaming has ever offered. The robust combat system and gorgeous scenery only rounded out the game to make it a masterpiece. Not to mention that the one continuous shot framing of the cinematography being an excellent icing on the cake. Best Boi indeed. 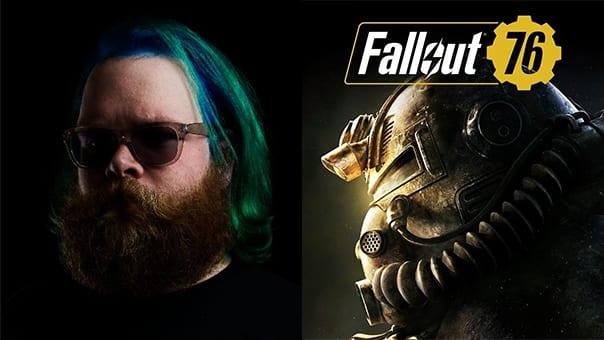 This year has been absolutely incredible for gaming. Fortnite has taken the world by storm, single-player experiences have made it known that they aren’t going anywhere anytime soon, and cross-play will soon become the standard. That said, of all the games I played in 2018, one offered a bit of everything for me to enjoy, whether that meant going it alone or teaming up others to accomplish what we set out to do.

I have chosen Fallout 76 for my Game of the Year for a number of reasons. First and foremost, Bethesda’s latest adventure in the wasteland is an absolute blast. Sure, it has its issues, but the entertainment and laughs the bugs have provided far outweigh any sort of frustration that might arise from them. On launch day, and the day after, I played the game for 25 hours straight with little to no issue. Since then, the country roads of West Virginia have given me and my friends a landscape to make our own. Whether that entails building luxurious camps or dropping a nuke, to taking on hordes of enemies and listening to every Holotape in sight, Fallout 76 has been quite the ride so far. Here’s to hoping 2019 brings even more improvements and fun to the wasteland! 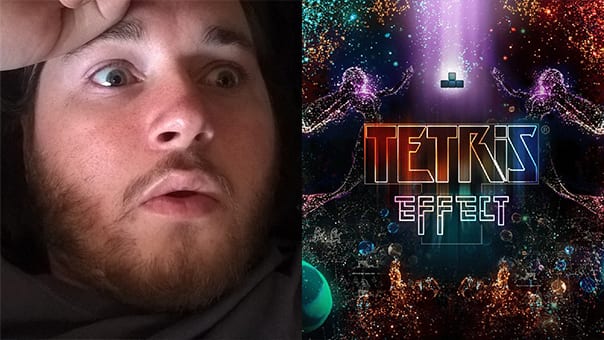 As is seemingly the case very year, the air-tight schedule I put myself under has prevented me from playing many of the most acclaimed titles of the year. With the dense action of God of War, featureful open world of Red Dead Redemption 2, and even the stunning brawls of Dragon Ball FighterZ slipping through my fingers, only one new game managed to pull me away from my self-imposed video game exile over the last 12 months: Tetris Effect.

While surely paling against the stellar hits listed elsewhere, Tetris Effect nonetheless provided me one of the most gorgeous gaming experiences I’ve had in years. The simple Tetris puzzles that enamored me in my younger days have evolved in a stunning direction that I was not prepared for, the series’ familiar shape-flipping and tile-matching now accented with hypnotic musical cues and trance-inducing visuals. After long hours of tiresome work, the perfect recovery was this trippy escape into a world where pieces seemed almost destined to fit together. Following that up with incredible music and a bevy of supplemental challenge modes makes this my favorite game of 2018. 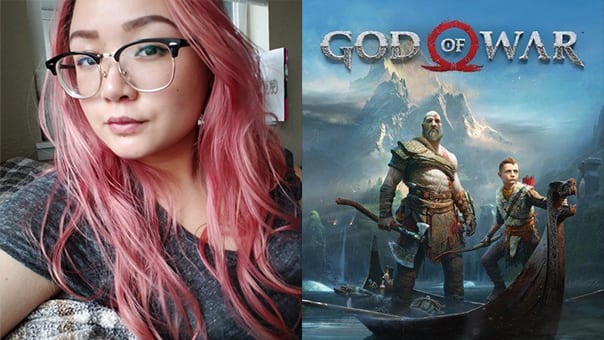 There’s a reason why God of War won awards during The Game Awards this year (GOTY in fact). From the narrative direction from Cory Barlog, phenomenal environment and design, this one easily takes the cake for me. It was a hard decision to make with the presence of so many phenomenal games in 2018 (i.e. Detroit: Become Human, Life is Strange 2, Super Smash Bros. Ultimate, etc.). God of War was breathtaking in every way, and while it branches away from what the previous titles are known for – it’s a refreshing take on a more mature Kratos as he stumbles through fatherhood. Of course, there’s plenty of strategic hacking and slashing to be had as well. A good story AND satisfying combat? I’ll take that. 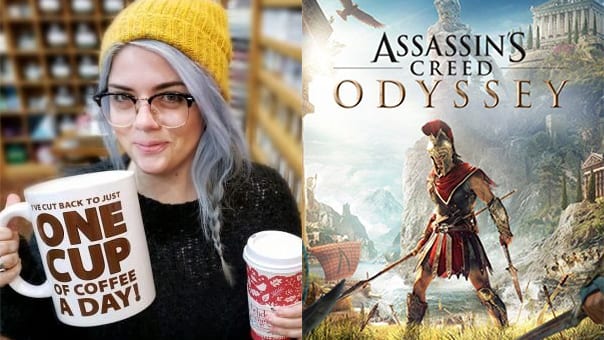 For me personally as a long-time Assassin’s Creed fan, Odyssey was the breath of fresh air that the franchise needed. Not only did it bring a brand new story from a perspective we never thought’d we see, but it proved that doing something new doesn’t have to be scary. (next paragraph). Assassin’s Creed Odyssey did a lot of firsts from the franchise and it did it well. From being able to choose your protagonist, to getting your ho on with numerous romance options – even the dialogue wheel was perfection. With so many thinking the franchise was growing stale – especially after Unity – Odyssey showed that going a new direction didn’t mean abandoning what made this franchise unique, instead it made it even better. 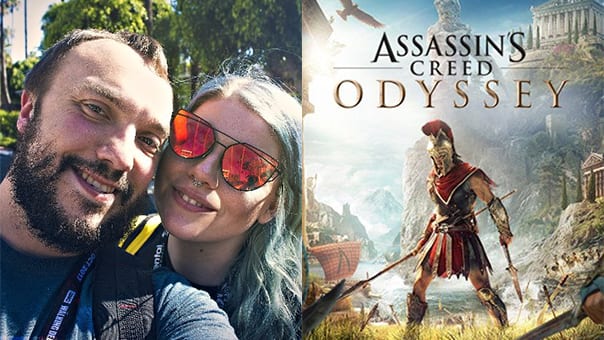 My personal 2018 game of the year is Assassin’s Creed Odyssey. As a huge fan of the franchise who has seen the ups and downs, I feel like they nailed it this year. While it was outside the typical Assassin’s Creed gameplay, it followed along the same format that players enjoyed in Origins – and expanded on it. It had a slice of everything that players have really enjoyed throughout the years.

Black Flag fans saw the return of expansive ship combat and its importance to move around the map, all the while enjoying unique Grecian shanties. Origins fans were excited to see an expansive map that had zones that were level based. The combat and gameplay was extremely smooth and delivered us the core features that we enjoy in playing Assassin’s Creed Games. Most importantly, the story was fantastic. Filled with unexpected twists, it brought us to a time and place that not many games have been able to go before.

The entire experience was very enjoyable and recommended for all fans of the franchise to play. 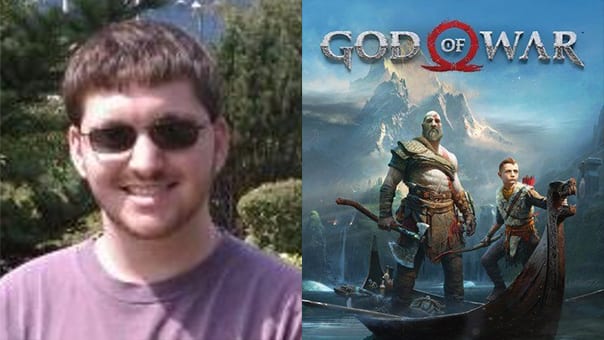 My personal pick for this year is God of War (PS4). The Santa Monica Studios game dealt a heavy blow in favor of the ‘video games are art’ debate with its sweeping visuals and sprawling, realm-traversing story, and it was an absolute delight to play as Kratos while reaping the benefits of the title being a PS4 exclusive. The fact that the God of War series effectively changed hands from its original creator need not even be mentioned; there is absolutely no disconnect between the Kratos we see lying broken and beaten at the end of God of War III and the tired, emotionally distraught father who takes his son out hunting so quickly after the death of the boy’s mother.

My reasoning behind God of War as my pick of 2018 also has to do with my personal choice for ‘best moment in gaming’ from this decade. At a certain point during the game, Kratos discovers that he has to reach back into his past in order to save someone dear to him. Thus begins a haunting boat ride filled with some unsettling flashbacks and some intriguing dialogue, which ends with Kratos finally coming ashore near the home he shared with his wife and son. His search ends back in his half-destroyed home, where he pulls a box from underneath the floorboards and opens it to find…well, you’ll just have to play the game to see for yourself! What he does find represents the pinnacle of an over 10 year journey that began when God of War released back in 2005, and seeing everything come back full circle made this an easy pick for 2018.

What do you think? Do you agree with our DFTG staff picks, or did we leave out one of your favorites? Let us know your particular picks in the comments below and be sure to follow Don’t Feed the Gamers on Twitter and Facebook to be informed of the latest gaming and entertainment news from now an into the new year! 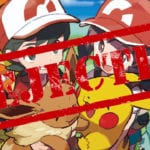 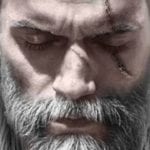