Cliff Bleszinski Talks About Saving LawBreakers: “We’re Sticking With It” 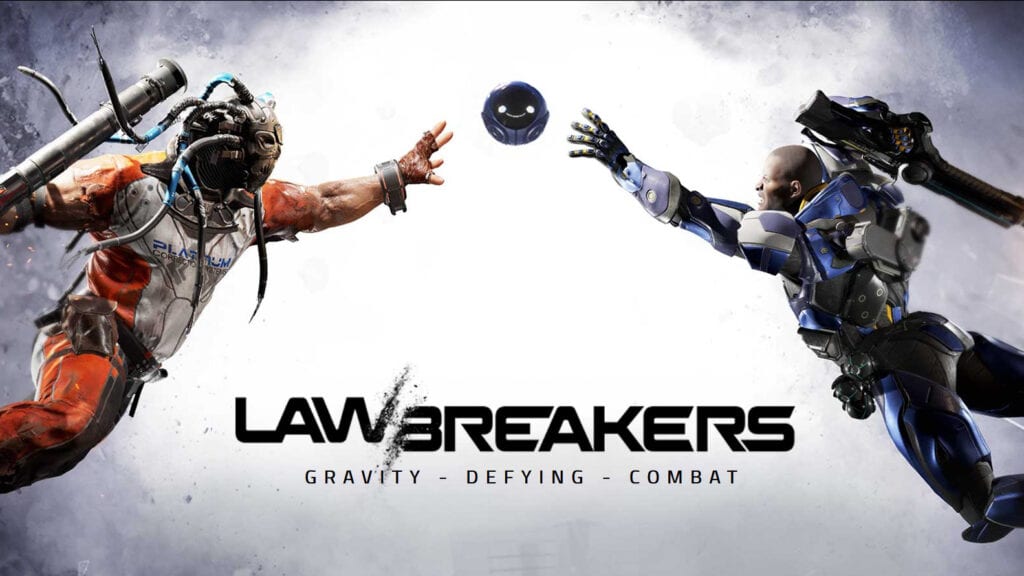 The first game from Cliff Bleszinski’s new studio Boss Key was released back in July for the PS4 and PC. Unfortunately for the former Gears of War designer, the title was not an immediate success following its launch. Bleszinski spoke about this in a recent interview as well as how the team plans on saving the negatively reviewed title.

Bleszinski explains that not only is LawBreakers’ art style different, the game also plays different from other more widely known shooters. He says that because of that, some players became confused:

“I didn’t do the same archetypes of the guy who builds the turret or the sniper or the traditional kind of healer that follows behind people, the healing ray, we kind of rolled our own archetypes. That ultimately proved to be very confusing for a lot of core players who were getting into it, in regards to, are they gonna watch the tutorial video? What happens if people like to go online and then they hit all the buttons or all the keys and they just want to figure out, kind of in a vacuum, what they can do with that?”

Bleszinski says that they have taken these issues to heart and plan to work on saving LawBreakers by “creating a far better onboarding experience” for both PC and PS4, making a more “scripted tutorial”, and improving their offline mode. 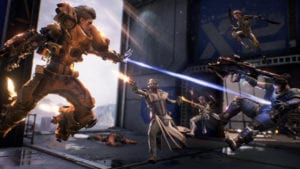 Those aren’t the only ways the team will be saving LawBreakers from fading away, he says that they plan to “double down” on the marketing of the game in order to bring more awareness. Despite the rough start, Bleszinski says that they did what they had set out to do all along:

“Well, I think we made a darn good shooter. And the elephant in the room is our fledging CCU, which we totally understand. We remain committed to the project and those that we have who are our fans are dedicated and we’re engaging with them constantly and they’re doing fun things like grassroots tournaments that they’re organizing themselves. But we made a skill-based shooter that people who actually play it love and continuing to double down on marketing and awareness of it and committing to the product, is something that we’re very much intent on. But, if you look at … If you Google the game right now, the first thing you see on the top right is aggregate of nine out of 10 on Steam. And for me, that’s the feeling that, ‘Yeah, we did our job. I did what I set out to do three years ago.'”

He describes the team’s work on the game as “a marathon, not a sprint” and says they will continue to work on their “shooter for shooter players”.  The issue they’re having now is that while they are in the middle of saving LawBreakers, it is now “Destiny season”, which is bound to make it harder to bring new players into the game.

“God bless Bungie for the fantastic job they did. The first one I played for about a week and I was like, ‘Okay, I get the idea.’ But, it looks like the second one addresses a lot of those issues and is a, really, knock it out of the park, especially with a really good frame rate on the PC version that’s forthcoming. But, in regards to that, it’s one of those things that there’s a situation where players look at numbers on Steam, that doesn’t happen on PlayStation 4. And I don’t have the numbers in front of me, but in regards to, you look at PC CCU health versus PS4, PS4’s doing fine. Because people just chop up, cough up 30 bucks and hop online and they just play and they don’t overthink it. On PC, there’s this immediately wanting to declare something a success or a bomb by this kind of internet culture that loves to just observe things.

And it’s like, ‘Well guys, the small bit that we have, we’re gonna continue to iterate with and engage.’ And as we issue content drops, maybe there’s gonna be sales or a potential free weekend somewhere down the line. You know, continue to fluff that CCU up and I continue to go back to games like Warframe, that slowly built their very small audience as a bunch of dedicated fan and then, continued to fluff it up. And you watch the graph of the CCU and it’s so low, so low, and then eventually, over the course of a year, year and a half, two years, it became this phenomenon that a lot of people weren’t even talking about it. But, my friends at Digital Extremes committed to that and that’s what’s required. Especially in such a crowded market when you’re launching a new IP.

That and of course, rebranding of the marketing, showing all the new content and saying, ‘Hey, if you gave it a go, come back or if you haven’t done it yet, try it.’ And maybe other techniques like send out a, ‘Hey, here’s a free code for your friend.’ So, you could write a dissertation or an entire GDC talk on the keeping, care, and feeding of maintaining a healthy player base.”

If you want to read the full saving LawBreakers interview for yourself, you can click the link here! Have you played LawBreakers? Let us know in the comment section below and then make sure to follow DFTG on Twitter to stay updated on all the hottest gaming news 24/7! 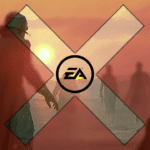 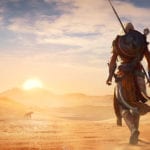