Call of Duty had one hell of a reveal when they showed off all the new aspects to the latest entry in the Black Ops franchise. From steampunk Titanic zombies, to ancient evils spawning the undead – even a battle royale mode! There’s a lot to be excited/nervous for. Because of that, many are anxious to get there hands on the latest online title early and the best way to do that is gaining that coveted beta status. Luckily, a retailer just spilled the beans on when we can expect that anticipatory testing period!

Thanks to GameStop Germany, a private beta will reportedly be taking place in the middle of August, with an open beta open for all Battle.net players. PC players are good as far as access goes, whereas console players will need to pre-order the game in order to get into the closed beta. According to the leak:

“Anticipated launch of Private Beta is in August. The BETA access codes will be sent shortly before the beta starts. Minimum duration of the beta: 3 days. Internet connection required. Also in August the Open Beta for the PC version takes place! For the PC version, no codes are sent because no code is needed for playing.”

Activision has yet to make any official reveal yet as far as any kind of beta, but with E3 drawing near and more information slated to release then – it’s likely we’ll learn more specifics around that time! Honestly, they threw us a curve ball with their most recent title in the long-standing franchise, and that gladiator zombie mode has us all kinds of intrigued! Though I personally favor Battlefield myself just for my play style, Treyarch definitely has my attention for what they have up their sleeve!

Call of Duty: Black Ops 4 is set to release on Xbox One, PlayStation 4, and PC on October 12th. 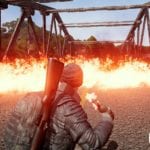 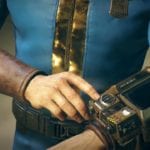