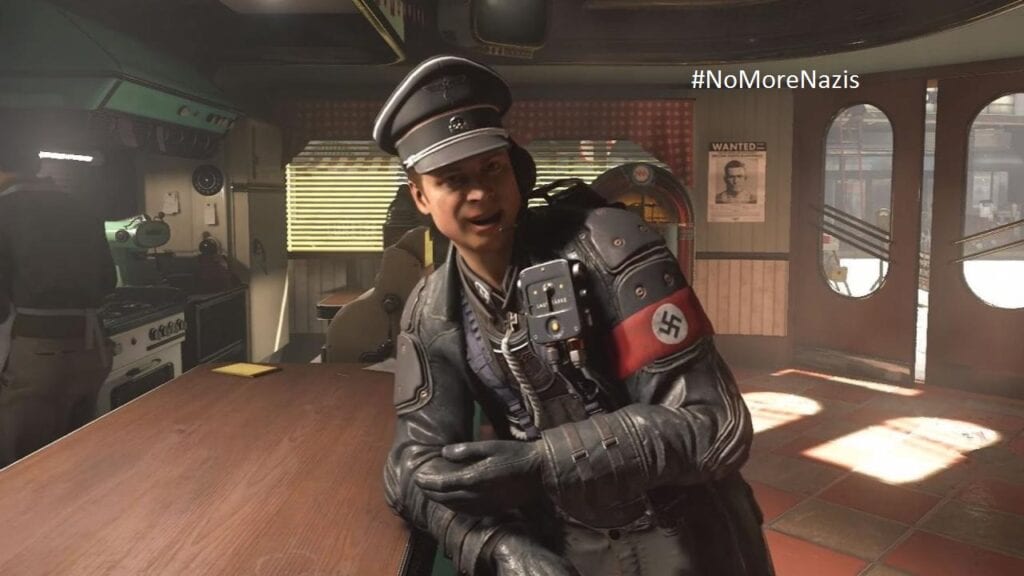 When the Wolfenstein franchise began its new life as a reboot under the publishing of Bethesda Softworks in 2014, the conversation around the game largely focused on how well Wolfenstein: The New Order’s gameplay brought the classic FPS franchise to the modern gaming age. Now, the political climate of the past year has made the discussions about the new sequel in the Bethesda-published Wolfenstein series about its depiction and treatment of Nazis and their ideology. While the developers behind the game have gone on record saying they did not intend to make the game political outside of the inherent accoutrements brought on by Nazism’s presence, that hasn’t stopped people from claiming the anti-Nazi approach is a “Leftist agenda.” 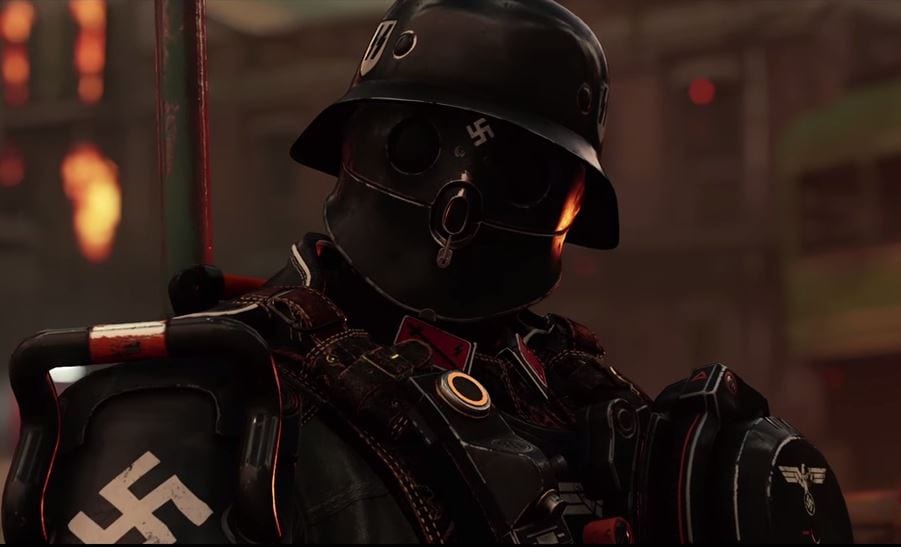 Pete Hines, Bethesda’s VP for PR and Marketing, has spoken with Gamesindustry.biz about the marketing campaign for Wolfenstein II: The New Colossus, and its not terribly subtle jabs at real-life current events. Hines openly acknowledges the anti-Nazi sentiments expressed in the Wolfenstein II marketing, as seen with their use of the hashtag #NoMoreNazis, and its reflection of the antagonistic stance that the Wolfenstein series has always held towards Nazism. Hines states that Bethesda does not believe it to be a reach to say that Nazis are bad or that they fear being on on the wrong side of history. While he also realizes the commentary that these marketing statements will have in response to real-life events such as the recent ones in Charlottesville, he knows that the developers had no idea the political climate the game would release in when production began years ago, saying:

Wolfenstein has been a decidedly anti-Nazi series since the first release more than 20 years ago. We aren’t going to shy away from what the game is about. We don’t feel it’s a reach for us to say Nazis are bad and un-American, and we’re not worried about being on the right side of history here.

[In the game] freeing America is the first step to freeing the world. So the idea of #NoMoreNazis in America is, in fact, what the entire game (and franchise) is about. Our campaign leans into that sentiment, and it unfortunately happens to highlight current events in the real world.

At the time none of us expected that the game would be seen as a comment on current issues, but here we are. Bethesda doesn’t develop games to make specific statements or incite political discussions. We make games that we think are fun, meaningful, and immersive for a mature audience.

In Wolfenstein’s case, it’s pure coincidence that Nazis are marching in the streets of America this year. And it’s disturbing that the game can be considered a controversial political statement at all.”

While it is coincidental that Nazism made a real-life comeback in many ways since the first Bethesda Wolfenstein game came out, it is nonetheless interesting to see aspects of such an alternate history-driven narrative have parallels with reality. Hopefully our society allows for this particular case of free speech to hold out, unlike the Nazi-controlled version of America seen in the game. What do you guys think about the Wolfenstein II marketing? Let us know in the comments below!

Be sure to stay tuned for the latest Wolfenstein II news, such as the new 20-minute gameplay footage video for The New Colossus, here on Don’t Feed the Gamers! Follow us on Twitter to see our updates the minute they go live! 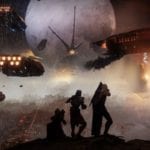 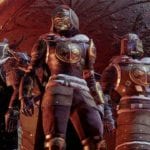