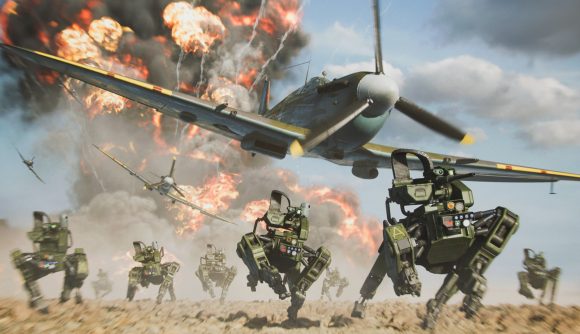 While 2021 is fast approaching its final quarter, the year does have many big titles still slated for their release. One of the most high-profile titles that gamers have been looking forward to has been Battlefront 2042. The Battlefield series is well known for being a strong competitor with the Call of Duty franchise as a nearly annual first-person shooter extravaganza. The latest Battlefield game has especially excited fans for its futuristic setting and next-gen capabilities. As the video game industry has been hit with many obstacles, including delays, due to the COVID-19 pandemic, it appears 2021 has given us yet another, as EA has announced a Battlefield 2042 delay, albeit a minor one.

An update from the Battlefield team pic.twitter.com/K53VNM2tTz

EA and DICE have announced the Battlefield 2042 delay on the official Battlefield Twitter account. The game was originally slated to be released next month on October 22nd, but the title is now being delayed by a month, with the new release date of November 19th. The following reasons have been given in the all-too common jpeg of apology from Oskar Gabrielson and the DICE team:

“Building the next generation of Battlefield during a global pandemic has created unforeseen challenges for our development teams. Given the scale and scope of the game, we had hoped our teams would be back in our studios together as we move towards launch. With the ongoing conditions not allowing that to happen safely, and with all the hard work the teams are doing from home, we feel it is important to take the extra time to deliver on the vision of Battlefield 2042 for our players.”

DICE also promises that more information about the game’s beta will be disclosed some time later this month. Delays have become fairly routine in the video game industry at this point, so this delay should likely come as no surprise to most gamers. Thankfully the delay is just shy of a month, so Battlefield fans hoping to see the game under their non-denominational holiday trees this year can still have the opportunity to ask Mr. Winter for the latest shoot party fun time game.

Are you guys upset about the Battlefield 2042 delay announced by EA? Let us know in the comments below! Be sure to stay tuned for the latest EA news, such as the new details revealed about the upcoming free-to-play Battlefield mobile game, here on Don’t Feed the Gamers! Follow us on Twitter to see our updates the minute they go live! 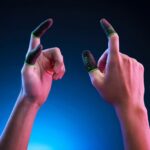 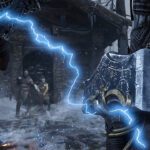