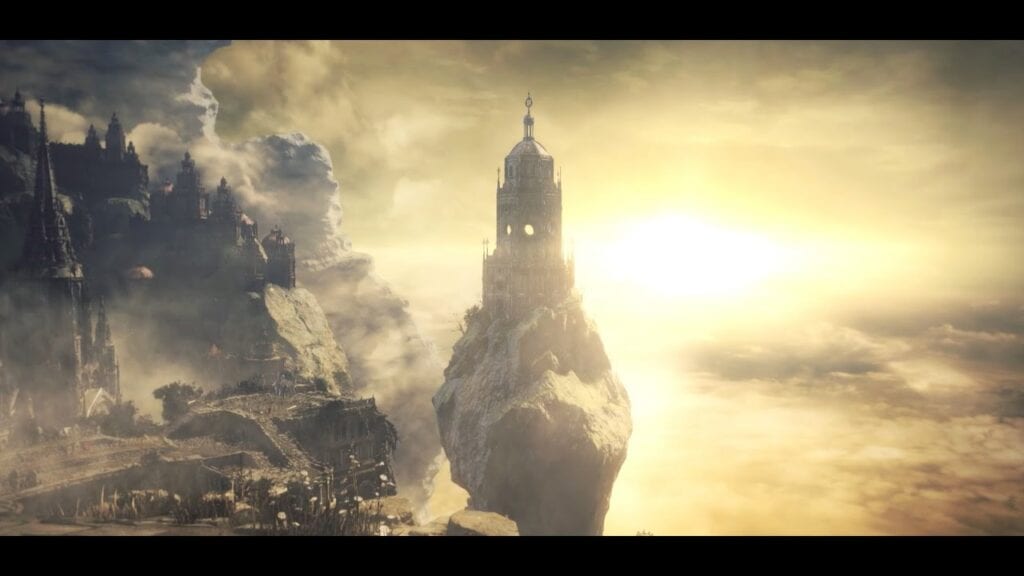 We are still over a month away from the release date of the final Dark Souls 3 DLC, titled The Ringed City, which, as far as we know, is set to be the swan song of the entire Dark Souls Series.  Thankfully, Bandai Namco has thrown us impatient fans a bone in the form of a four minute gameplay video that showcases some of the new locations we will get to visit, as well as some of the new monsters and bosses that will inevitably make us all cry and curl up under our blankets. Wait, that’s just me.

The gameplay video starts off serenely enough, with the Ashen One at the edge of a precipice overlooking the titular city.  The end of the world vibe that the Bandai Namco team is going for is in full effect here.  The broken city seems to hang on the edge of nothing, and it isn’t too long into the video before you are falling towards it, plummeting through stained glass windows into a spacious building laying on its side, filled with nothing but ash and demons.  After clearing the building, we see the Ashen One begin to work along the outside of the building when a spectral being comes down from above, equipped with some angelic-looking wings and some particularly painful lightning spears.  From here we see the Ashen One dart from cover to cover, working to avoid the barrage of spears from that ‘scary angelic thing’ before ducking into the cover of a nearby doorway.

The video then cuts away into a totally different scene, where we see the Ashen One go toe to toe with a tall, faceless figure wielding a long sword and a fire-breathing shield.  I swear, the bad guys always get the coolest toys.  The video switches over this time to find the Ashen One begin to cross a large bridge, when suddenly a huge figure in the distance can be seen summoning an army of spectral archers to attack the Ashen One.  The Dark Souls series is nothing if not epic.  The final scene, which takes up about a minute and a half of the video, showcases the fiery boss that was revealed during the last bits of the announcement trailer released last month.  It’s a pretty epic fight, and it ends on a high note (if you’re the boss).

So, what do you guys think of the new gameplay video?  Are you excited to play The Ringed City?  Are you ready to dive into Dark Soul 3 one last time?  Let us know in the comments section below, and as always, stay tuned to DFTG for all your gaming news! 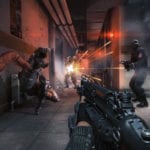 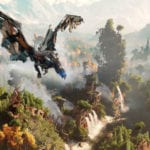