Fan art has to be one of the best and most entertaining past times the internet has introduced in recent years. Whether you want to see fandoms cross, your ship sail, or fun and unique mashups as in these Pop Gym Leaders: there is someplace on the internet that has what you’re looking for. Just, be careful with your search query.

One such artist, Bruno Alexander aka BreX, a student in Brazil and avid Pokemon fan, has given us the gift of Pop Gym Leaders. The featured art includes Sia, Lady Gaga, Britnay Spears, Ariana Grande, Katy Perry, Rihanna, Beyonce, Adele, and added to the group just yesterday, Melanie Martinez. You can see the whole group below, or check them out on tumblr!

The images include a short description of what each pop singer would be like as a gym leader, and the kind of badge a player could expect to win if they defeat the them. With the eccentricity of these pop singers and the kinds of people who stand out as gym leaders in Pokemon, the mashup is perfection!

Bruno revealed in an interview with MTV News that the inspiration for Pop Gym Leaders came from a project he was working on called “Sia – 1000 Forms of Pokemon”. This project, a mashup of Maddie Ziegler with Pokemon, turned out to be quite popular among his fans. With all of the positive responses, he began to wonder if other icons might be as much fun.

“Why not [transform] her and other pop artists into GYM Leaders? They have the looks, they have the personalities, and people would love to see their idols in the game!”

One thing is for certain: with the now 9 characters in his arsenal, and surely more to come, Pop Gym Leaders is bound to maintain its popularity. This awesome idea is likely to keep players and fans wanting these encounters in their games, or at least in their Tumblr feeds. Be sure to keep an eye out for more fun mashups from BreX!

What do you think of the Pop Gym Leaders? What mashups would you like to see come to the Pokemon universe? Sound off in the comments below! 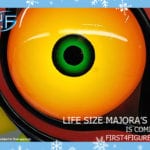 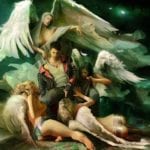