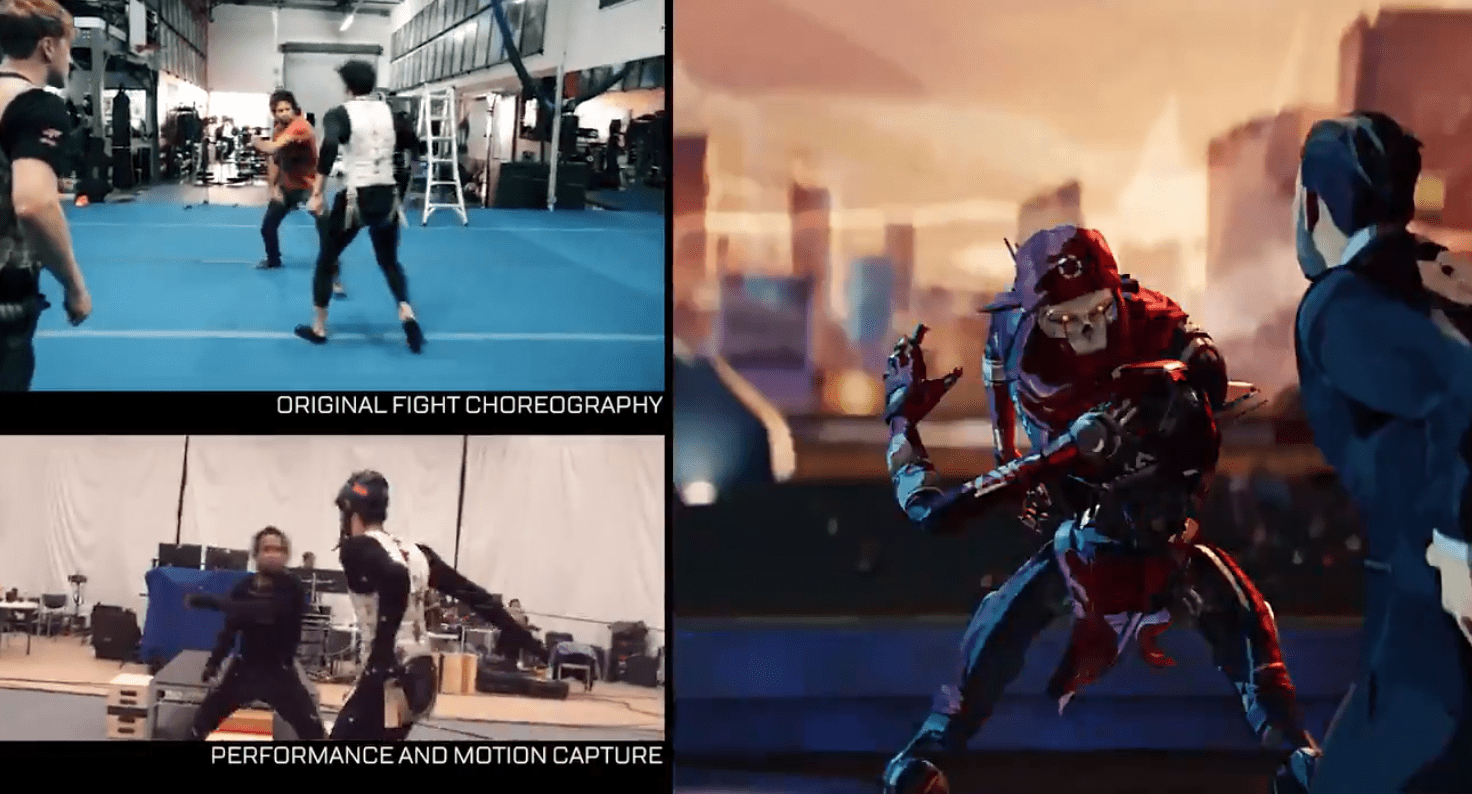 Apex Legends first released just over a year ago, and the game continues to hold its own in the busy battle royale market. The game has celebrated its first anniversary recently with the release of season 4 of the game. The new season 4 Assimilation update brought many new goodies with it, but the most significant inclusion is the new playable legend Revenant. Before the new season launched, a special Apex Legend Revenant reveal trailer showed the robotic simulacrum in impressive violent action. Now, a new behind the scenes video has shown the various stages of preparation that were needed to animate that action so well.

It all starts with the choreography.

Take a look behind-the-scenes at how we brought Revenant’s grand entrance to life in the Assimilation CG Trailer with the help of 87eleven Action Team. pic.twitter.com/fmNRLR6718

Respawn Entertainment recently released a special behind the scenes version of the previously shown Apex Legends Revenant reveal trailer on their official Twitter account. The video shows Respawn’s 87eleven Action Team as they rehearsed the choreography for the Revenant reveal trailer, as well as their performance when repeating the moves during the motion capture process.

Footage from both of these sessions is shown and paired with the matching shots that ended up being used in the final version of the Apex Legends Revenant reveal trailer. Obviously, the motions match perfectly, but it’s interesting to see just how much even the raw video from the choreography rehearsals ended up influencing the camera-work in the cutscene. Revenant has been wowing Apex Legends players since his release earlier this month, and hopefully this just shows how much care went into making him the badass that he is. Now if only we could see Revenant wrestle a bear.

What do you guys think about this Apex Legends Revenant behind the scenes video? Let us know in the comments below! Be sure to stay tuned for the latest Apex Legends news, such as one fan’s incredible Wraith cosplay, here on Don’t Feed the Gamers! Follow us on Twitter to see our updates the minute they go live!