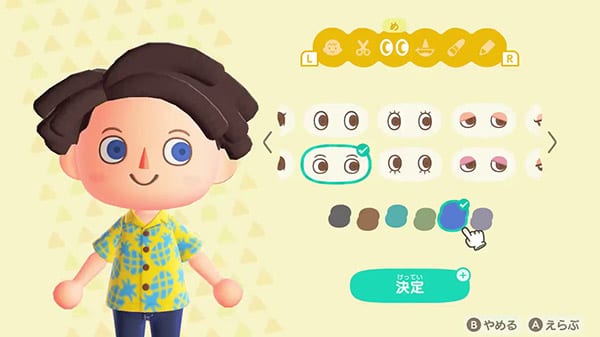 In less than a month, Animal Crossing fans will find themselves aboard a Dodo Airlines flight to their new island home that will leave them indebted to Tom Nook. Animal Crossing New Horizons has excited many with its new features for the series, such as custom terraforming and 8 player co-op. The series has been known for its fun, cutesy take on the life simulation genre, and its ability to let players make a life for themselves. Past games have included more character customizations with each iteration, and it seems that the Animal Crossing New Horizons character customization system will be no exception.

The official Japanese Animal Crossing Twitter account recently tweeted a series of videos showcasing the New Horizons character customization system.  The video shows the various tools in the character customization screens, including ones for skin tone, hairstyle and facial features. What seems to have changed is the lack of a binary male or female selection screen, which would seem to make the game gender-neutral for the first time in its history. This also appears to mean that no hairstyles or clothing would be restricted to either gender.

Also confirmed in a new tweet is the fact that these New Horizons character customization tools can be accessed at any time, and are not restricted to the beginning of the game when the player makes their start. All the player has to do is look for a mirror or vanity set to access these changes. This should appease many as these features have been requested for a while now, and it finally seems like Animal Crossing really is facing some New Horizons.

What do you guys think about this Animal Crossing New Horizons character customization system? Let us know in the comments below! Be sure to stay tuned for the latest Animal Crossing news, such as the fan artist that reimagined Animal Crossing characters as fantasy RPG heroes, here on Don’t Feed the Gamers! Follow us on Twitter to see our updates the minute they go live! 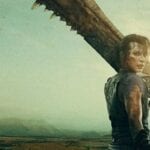