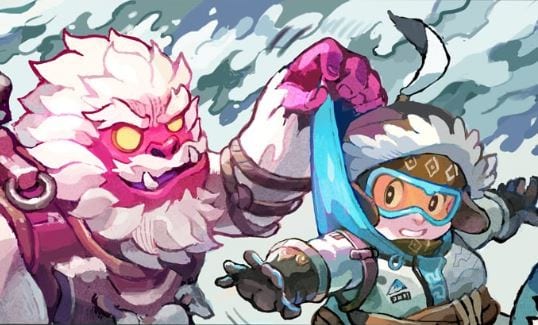 Let’s face it, heroes – Mei is Satan. If you dabble from time to time with Blizzard’s mega-popular FPS, you know this to be indisputable fact. While she often displays redeeming qualities such as her love for all things cold, like her heart, and her unwavering passion for science, it doesn’t change the fact that she’s a wall-building, icicle-shooting demon from the icy depths of a frozen hell. That being said, a recent adorable Overwatch comic depicting Mei’s Yeti Hunt from this year’s Winter Wonderland festivities is trying mighty hard to prove otherwise.

Blizzard has been continually pumping out additional content related to the in-game characters of Overwatch since the title’s release. Cinematic shorts and comics make their way out into the world to brighten one’s day or make them feel all of the feels. The adorable Overwatch comic recently released features Ice Satan in the midst of her cute time with Winston, who is playing the aforementioned yeti. Naturally, as all demons do, she is hunting him.

For those who have played the new game mode in this year’s Winter event, you already know what goes down. The yeti is on the loose and while trying to evade a whole team of the frosty hellhounds, he is collecting some nice big steaks to satisfy his appetite. Unfortunately, once doing so, he goes into a fit of rage, destroying any cute-but-deadly Meis in his path. The comic highlights this well, all while making Satan almost seem likable. After all, just look at that adorable face!

The Winter Wonderland event is currently live across all platforms that Overwatch is available on. That’s PC, PlayStation 4, and Xbox One for those not in the know. The comic, while somewhat not as lengthy as previous entries, can be seen right here. Keep it tuned to Don’t Feed the Gamers as this story develops, and for other gaming news, check out the following:

What say you, gamers? Have you already begun writing angry messages below because your main is Mei, or do you know exactly what I mean? By a show of hands, how many of you have been trapped inside of a spawn point because your team’s Ice Satan thought it would be a grand idea to build a wall right in the doorway? Has the adorable Overwatch comic shown you the lighter side of Mei? Sound off in the comments section below, and be sure to follow DFTG on Twitter for live gaming and entertainment news 24/7! 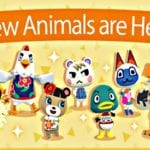 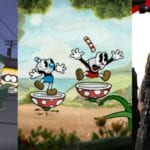