Any gamer that spends time in online gaming communities has likely been witness to toxicity expressed towards another player, or has even been a victim of said toxicity themselves. Now, with the popularity of live-streaming, the ability to direct unwelcome and uncouth comments towards an individual presenting themselves publicly has only become easier to be seen. One of the most popular live-streaming services, Twitch, has been well known to address those verbally attacking other users. Now, the Twitch Community Guidelines have been updated to address growing topics of concern on their site, such as harassment and hate speech. Twitch has publicly announced the updated Twitch community guidelines that can now been seen on their website, including two special sections detailing prohibited actions transgressing their Harassment and Hateful Conduct policies. The Twitch team acknowledges with the blog announcing the update that some of their guidelines were not specific enough or too lenient for certain scenarios. The team also hopes that the new update will lead to an increase of consistency in moderation, as well as more frequent and detailed moderation communication. The first major topic addressed in the update is hateful conduct, which Twitch describes as follows:

“Hateful conduct is any content or activity that promotes, encourages, or facilitates discrimination, denigration, objectification, harassment, or violence based on race, ethnicity, national origin, religion, sex, gender, gender identity, sexual orientation, age, disability, medical condition, physical characteristics, or veteran status, and is prohibited. Any hateful conduct is considered a zero-tolerance violation and all accounts associated with such conduct will be indefinitely suspended.”

The Twitch community guidelines has also added a separate section defining harassment, and activity that qualify as such on their site:

“Harassment is any content or activity that attempts to intimidate, degrade, abuse, or bully others, or creates a hostile environment for others, and is prohibited. Harassment is prohibited. Twitch will consider a number of factors to determine the intent, context, and impact of any reported harassment. To help you identify what types of behavior and content may constitute harassment, below is a list of examples:

Violating our policy against harassment will result in your account being suspended. Depending on the severity of the offense, harassers may be indefinitely suspended on the first violation.”

Hopefully, these new policy updates will be backed up with action that will remove more toxicity from Twitch’s communities, and will make those who might be at risk of unknowingly participating in such acts more aware of their actions. What do you guys think about these new Twitch community guidelines updates? Let us know in the comments below!

Be sure to stay tuned for the latest Twitch news, such as a recent “fake” Twitch stream from Snoop Dogg, here on Don’t Feed the Gamers! Follow us on Twitter to see our updates the minute they go live! 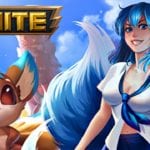 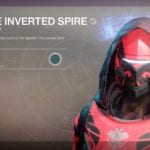