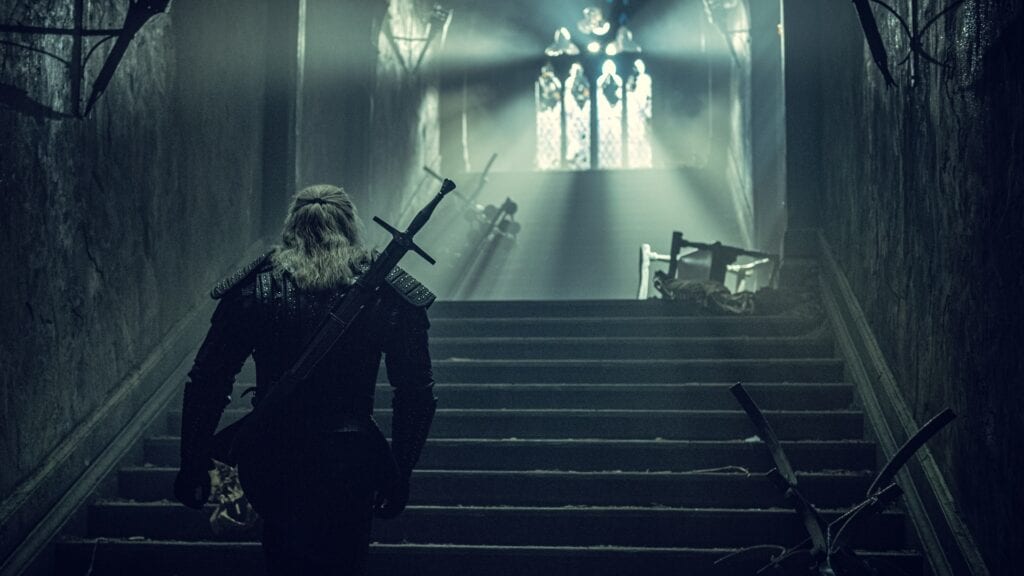 It looks like Henry Cavill’s Geralt of Rivia will have some stiff competition for the ‘most dangerous man’ award going into The Witcher Season 2. It’s been revealed that Netflix is looking to cast a mysterious, hardened killer for Season 2 of the series, with a recently leaked audition transcript revealing some of the character’s potential personality.

The news comes by way of famed The Witcher fansite Redanian Intelligence, which posted an audition tape video that has unfortunately since been taken down. The video featured a character named “D” who described as being “no stranger to killing.” The actor playing the character in the clip is Edward Rowe, though it’s unknown if Netflix is going to go with him or a different actor. Here’s the full transcript:

Man: “I’m sorry, D. I don’t know what happened.”
D: “You fell asleep on you watch, that’s what happened. You made it through your first battle without shitting your kacks, you’ve earned a night’s rest.”
Man: “Does is ever get easier?“
D: “Staying awake?“
Man: “Killing.”
D: “When you were a boy and your father sent you to plow the field, your hands hurt first, didn’t they? Then the blisters, callus and the ache moved to your back, then you got strong and the ache moved to your head to the everyday monotony of putting your blade to the ground and tilling the never ending roads of dirt. Killing is no different than any other job. The trick is to know that the difficulty never goes away. It just migrates, becomes a duller kind of heart. One you can learn to ignore.”

I am regretfully unfamiliar with the source material, though Redanian Intelligence suggests that “D” could be Rience given the age and the “vibe.” Still, it could also be an entirely new character. We’ll find out soon enough, as production on Season 2 should be resuming soon.

So, thoughts on the new character? Who do you think it could be? Let us know in the comments section below, and as always, stay tuned to Don’t Feed the Gamers for all the latest gaming and entertainment news! Don’t forget to follow DFTG on Twitter for our 24/7 news feed!