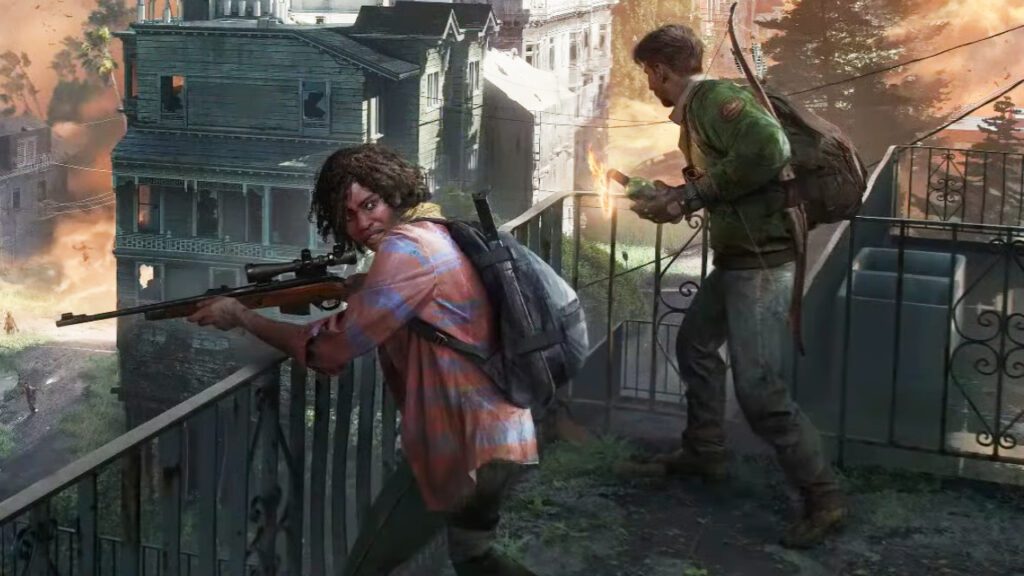 Once again Geoff Keighley’s Summer Game Fest has left gamers with another exciting bevy of announcements to gush over, with Sony’s The Last of Us being among the biggest parts of the showcase. The zombie-infected franchise presented content regarding the likes of its HBO TV adaptation as well as a full Part I remake in development for the PS5 and PC. However, Naughty Dog also dropped a few lines about its long-dormant The Last of Us multiplayer project, as well as debuted its first concept art.

Naughty Dog co-president Neil Druckmann debuted the news in an exchange with host Keighley, where the creative confirmed that while the multiplayer project is “not quite ready” to be shown yet, the showcase did offer an ample opportunity to “lift the curtain,” so he said. Alongside a fresh piece of concept artwork, The Last of Us multiplayer is teased to be on a similar scale as Naughty Dog’s single-player games, with the adventure even referred to as bigger, at least, “in some ways.”

As for what the standalone component might entail, The Last of Us multiplayer is set to include a unique story, a fresh cast of characters, as well as a new setting located in the United States. While not going into any more detail than that, the accompanying artwork may already hold the answer, with recognizable landmarks like the Golden Gate Bridge and the Transamerica Pyramid all but confirming this area to be a post-apocalyptic San Francisco. 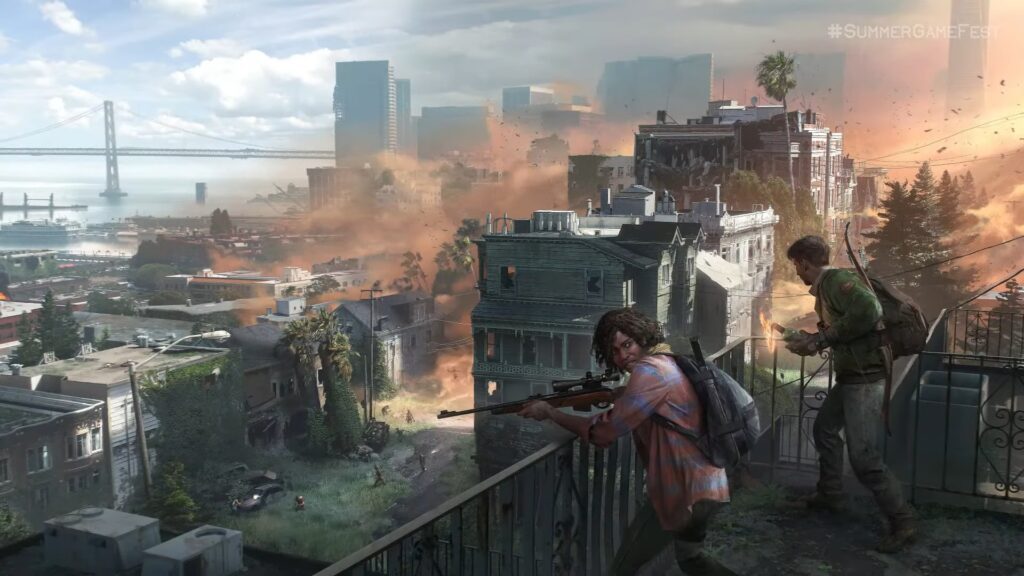 Though this setting isn’t 100% confirmed yet, what is legit is the devs involved, with Vinit Agarwal, Anthony Newman, and Joe Pettinati – all veterans of Uncharted and The Last of Us series – said to be heading development on the project. Despite the game’s exciting first details, it looks like Druckmann’s words may be the last bit we hear of The Last of Us multiplayer for a while, with the co-director confirming the project would go dark until 2023.

​What do you think? Are you glad to hear The Last of Us multiplayer is indeed progressing, or would you have preferred Naughty Dog had waited until gameplay was available first? Let us know in the comments below and be sure to follow Don’t Feed the Gamers on Twitter and Facebook to be informed of the latest gaming and entertainment news 24 hours a day!​