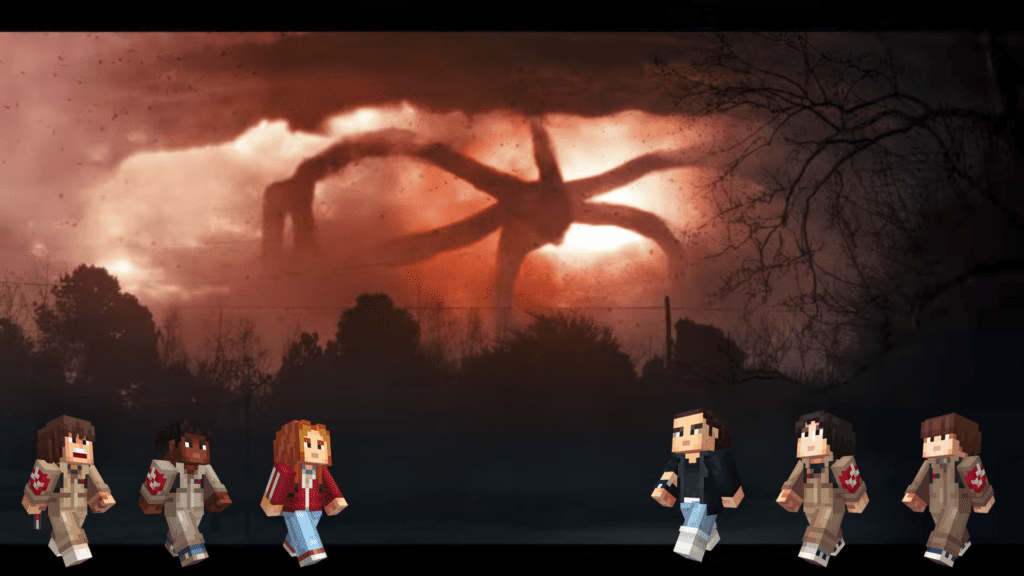 The hit Netflix show Stranger Things has seen its second season hit the streaming airwaves on October 27th. In celebration, Mojang Games released a series of skins for Minecraft so players could dig and build as their favorite characters. One major fan of Stranger Things and Don’t Feed the Gamers’ own journalist Charles Douglas decided to spend his quiet Sunday afternoon basking in the glow of a computer screen making a new web comic from the Minecraft skins.

For those not in the loop, Stranger Things follows a group of children in the small town of Hawkins, Indiana in 1983. Things get spooky as their friend disappears and the children seek to find him. Add a dash of psychic friend and you’ve got a recipe for retro intrigue and sci-fi goodness. Season two picks up almost a year later with the characters delving deeper into the mystery of the “upside down” as a new threat descends upon Hawkins. The new web comic is a bit spoilery if you haven’t seen the second season yet, but the four that have been created and released so far can be seen in the gallery below (click to enlarge)!

The Minecraft DLC skins were released the same day the second season dropped on Netflix. This put the skins out just in time for the Minecraft Halloween event, and players can enjoy the festivities as all of the major characters, the Demogorgon and a lot more. While it was likely unexpected to have the skins turned into a new web comic, the humor is not lost on the pop culture nerds and/or plain meme trash out there. You can keep up with the new web comic on Charles’ twitter here, or follow DFTG on Facebook as they may wind up there on occasion as well.

What are some favorite moments from Stranger Things 2? Join in on the conversation in the comment section below! Don’t forget to follow DFTG on Twitter for live gaming and entertainment news 24/7! 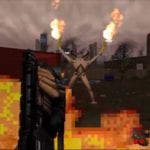 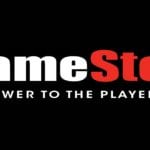 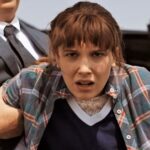