Steam has had a problem with fake games for a while now, but it’s become an increasingly large problem as of late. In fact, these games and developers have exploited other Steam systems and Valve is determined to create countermeasures. The sheer number of fake titles slipping through the Steam algorithm can be difficult to track and in order to neutralize these trolls and money-grubbers, they will be implementing even more restrictions to inhibit the onslaught.

Around the same time last year, Valve revealed that they would be removing the trading card system entirely until it was “clear that users were actually buying and playing the game”. Since then, even more problems have arisen and the team decided to take additional steps in adjusting this area in particular. In addition to the “confidence metrics” already in place, here are the additional restrictions being implemented:

These new restrictions likely won’t affect triple-A games, but may affect independent titles if Valve’s requirements aren’t met. However, they assure developers that these are unlikely to affect legitimate creations and added:

As you can guess, fake games were inflating achievement and game counts for users to display on their profiles. Our data shows us that an insignificant number of users were taking advantage of this, but the existence of these fake games still confuses our algorithms and users.

For those who still want to buy products for the purpose of increasing their game or achievement counts, we now show whether or not a game is under these constraints on its Store page. We don’t believe these constraints will negatively impact real games in any way, and the removal of fake games should improve the Store experience for everyone.”

It’s certainly an interesting development. What are your thoughts on the influence of fake games on Steam? Do you think it’s a particular problem for users and creators alike? Let us know what you think in the comments section below or start a conversation on DFTG Facebook page. To stay up to date on gaming news as it happens, follow us on Twitter! Here’s some of our latest: 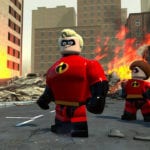 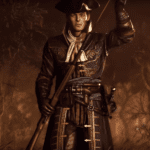