Starting October 5, Star Wars Battlefront II will offer a Battle Point Event entitled Heroes Unleashed. This weekend-long event will let players use Heroes in Galactic Assault at 75% of their normal cost. Normally, Heroes cost 4,500 or 6,000 battle points to use. From the October 5 to 7, they will only cost 1125 and 1500. Players will be able to use their favorite character much more easily than before.

The changes don’t stop there, though. Normally, each side is only allowed four heroes on a map at any given time. This weekend, each side will be able to send all eight legendary characters into the fray at once. This should provide plenty of chaos and Force powers throughout each skirmish and lead to some extremely high kill totals.

Additionally, the team will drop a new hotfix tomorrow to address some major problems that arose with the Squad System update. Most of them are related to spawning issues, but one in particular should level the playing field. Health stacking will no longer create unbalanced battles. Previously, Light-side players buffed by Yoda, Finn, and an Officer carried absurd amounts of health.

The October Community Calendar shows that EA DICE is committed to righting the wrongs of the past. In addition to the Heroes Unleashed Event, October will see six other special deals. One involves fast spawning, while another drops the prices of Special Units in two game modes. Leading up to Halloween, Battlefront players can earn Double XP in night-only maps. At the end of the month, General Grievous finally arrives to decimate the Jedi slime. The team will bring back the Clone Wars Era playlist in Heroes vs. Villains to celebrate the occasion. Doing so will give players more opportunities to test the Resistance commander against their friends.

EA DICE has promised to release more event calendars in the coming months, which is huge considering their track record. No longer do Battlefront players have to hope for new updates. With many members of the team reportedly returning after finishing Battlefield V, the future has never looked brighter for this game. 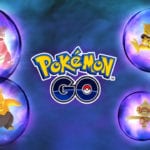 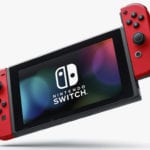