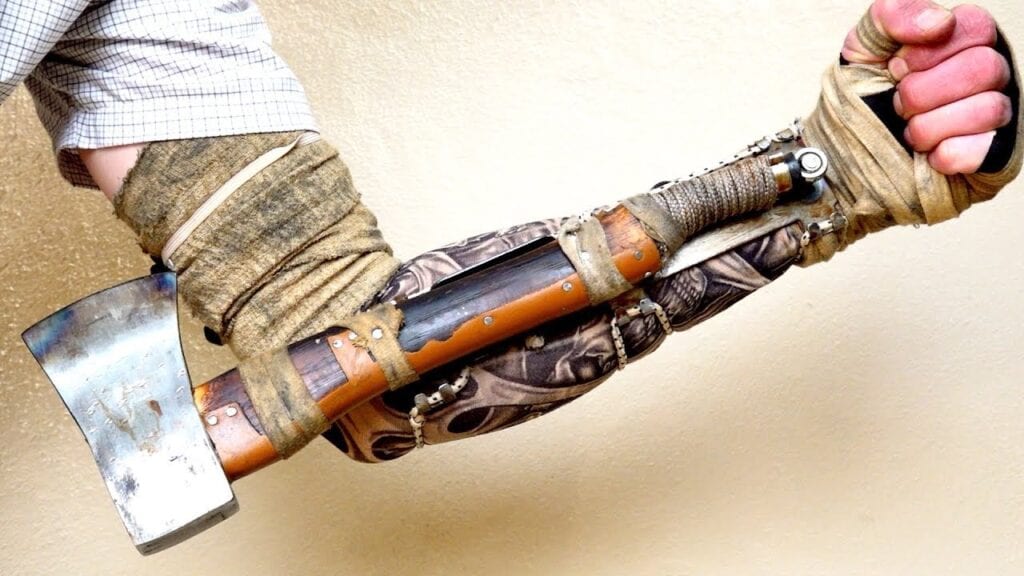 There are quite a lot of tools at a player’s disposal in Sekiro: Shadows Die Twice ranging from pyrotechnics that can be dispersed to distract enemies, a grappling hook that can be used to reach places that would otherwise be difficult to get to, and more. These tools are equipped to the main character’s prosthetic arm and while they make look a bit unrealistic, one particular tool called the “Loaded Axe” has been recreated in real life by a creative fan.

Colin Furze is a YouTuber from the United Kingdom who builds crazy inventions including quite a few made from video games and film.  The wrist mounted weapon sits locked to the forearm thanks to the help of magnets on both the axe and a homemade bracer. When the weapon is needed, it can be swung into the user’s hand with a flick of the arm. It’s an incredibly simple concept but one that works quite well all the same.

Furze has also done another prosthetic tool from Sekiro: Shadows Die Twice, the Fold Out Shield. However the shield seemed to be a bit too bulky to function properly, especially in combat.

Sekiro: Shadows Die Twice is available for PC, Xbox One, and PlayStation 4. Have you seen any other cool game tools or inventions recreated in real life? Let us know your thoughts on the real life wrist-mounted Flick Axe and more in the comments section below. As always don’t forget to follow Don’t feed the Gamers on Twitter for 24/7 coverage of all things gaming and entertainment. 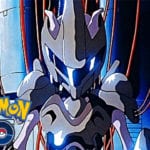 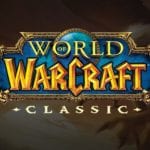