Spoilers abound! If you have not seen the season 7 premiere of The Walking Dead, avert your eyes now. Better yet, go watch that episode and then return to this article. Deal? Deal. Any spoiling from this point forward is your own fault. You have been warned.

The Walking Dead returned last week with a bang. Well, several bangs. After waiting for what seemed like an eternity, fans were given what they wanted: an answer. An answer to one of the greatest cliffhangers to grace the small screen. Who became acquainted with Lucille? After so much speculation surrounding the answer, and the fact that they filmed separate scenes for each person in Rick’s gang meeting their maker, nobody knew. Until Sunday, that was, when it was revealed that everybody’s favorite pancake loving, redheaded Duke Nukem, Abraham, was the (un)lucky winner. But wait, there’s more! Unfortunately, there was a second victim, as Glenn also caught the business end of Lucille in wonderfully gory fashion.

Which brings us to the point. See that photo above? Crazy, right? That would be the handy work of YouTube user kristo499. Among several other creations, they recreated that oh-so-heartbreaking scene from the season 7 premiere of The Walking Dead entirely with LEGO. Given the limitations of the LEGOs themselves, it was not perfectly identical, but damn is it close! Using the actual audio from the show, the artist was able to bring forth expressions from the LEGO characters in a way that is unique, and that gore. Sweet, beautiful gore. Right down to Glenn’s eye bulging from his skull. Holy frack! That is some serious detail and the entire video is truly a pleasure to watch. Thankfully, we didn’t have to wait too long for the LEGO recreation, like we did for the real thing.

If you want to read about how closely the show related to the comics in that episode, check this out, and be sure to let us know in the comments what you think of this LEGO masterpiece! 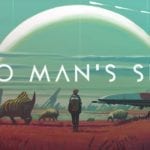 Confusion on Twitter: Was No Mans Sky Hacked on Social Media? 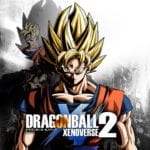 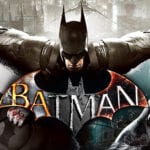 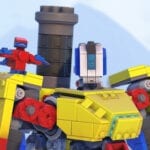 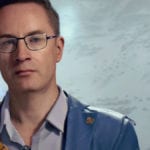 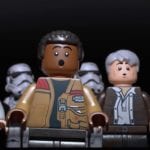 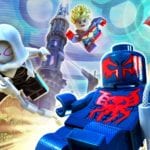