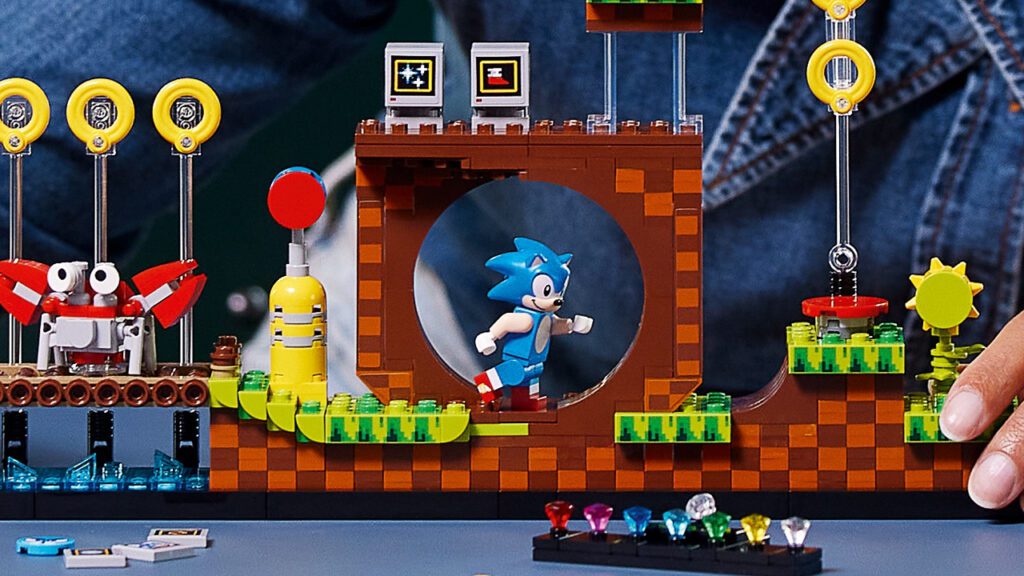 After months of waiting and even a few leaks, LEGO has officially revealed an all-new set based on SEGA’s Sonic the Hedgehog franchise. Birthed from the community-driven LEGO Ideas program, the latest set from the imprint recreates the iconic first level from the original 1991 game, Green Hill Zone, featuring a variety of enemies, detachable powerups, as well as the Eggman himself, Dr. Robotnik.

As per the listing on the LEGO website, the LEGO Sonic set is slated for release on January 1st, 2022, and is officially priced at $69.99 USD. The SEGA-branded set comes with 1,125 pieces, ranging from environmental objects like palm trees and Green Hill’s signature loop to floating rings, a collection of mini Chaos Emeralds, and character minifigures like Crabmeat, Moto Bug, and (of course) a little LEGO Sonic. As an added touch, the whole set rests upon a stand that displays a neat Sonic life counter in the bottom corner. 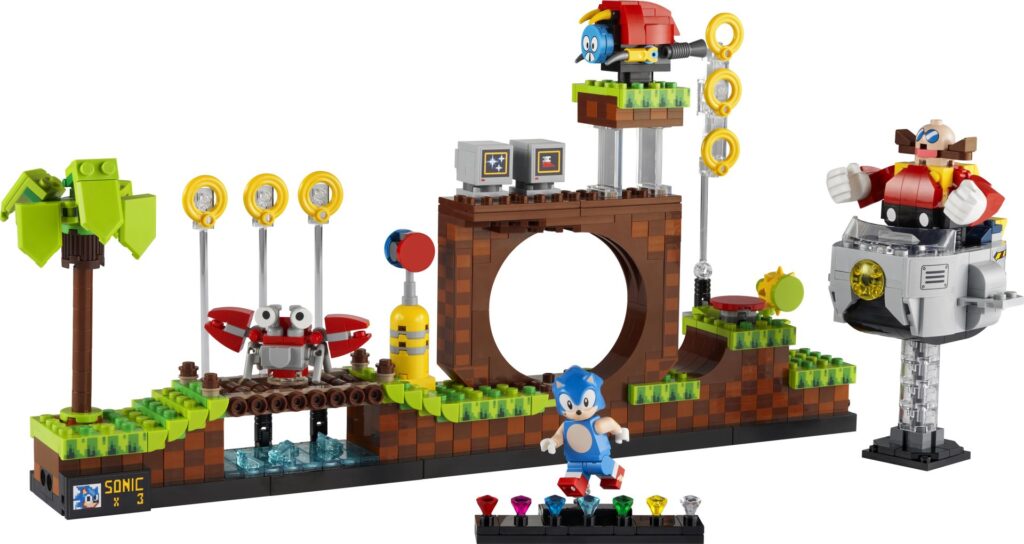 SEGA has been working on an official Sonic the Hedgehog LEGO set for months, with fans proving immensely restless about the idea, at least enough to have discovered leaked images days before today’s announcement. Submitted as an entry into the LEGO Ideas program, the Sonic Mania-inspired project appears somewhat similar to the original designs from creator Viv Grannell, which memorably earned 10,00 supporters when it was officially greenlit last February.

With this new LEGO Sonic set nearing launch, it marks one of several projects currently centered around the blue blur. Following the success of the character’s big-screen adaptation, a sequel movie is currently slated for release next year, featuring the big-screen debut of Tails and Idris Elba as Knuckles. Sonic’s film aspirations are set to arrive alongside SEGA’s ambitious next entry to the video game franchise, an open-world game titled Sonic Frontiers.

​What do you think? Are you excited about the new LEGO Sonic Green Hill Zone set, or are you just wondering about that new open world game? Let us know in the comments below and be sure to follow Don’t Feed the Gamers on Twitter and Facebook to be informed of the latest gaming and entertainment news 24 hours a day!​