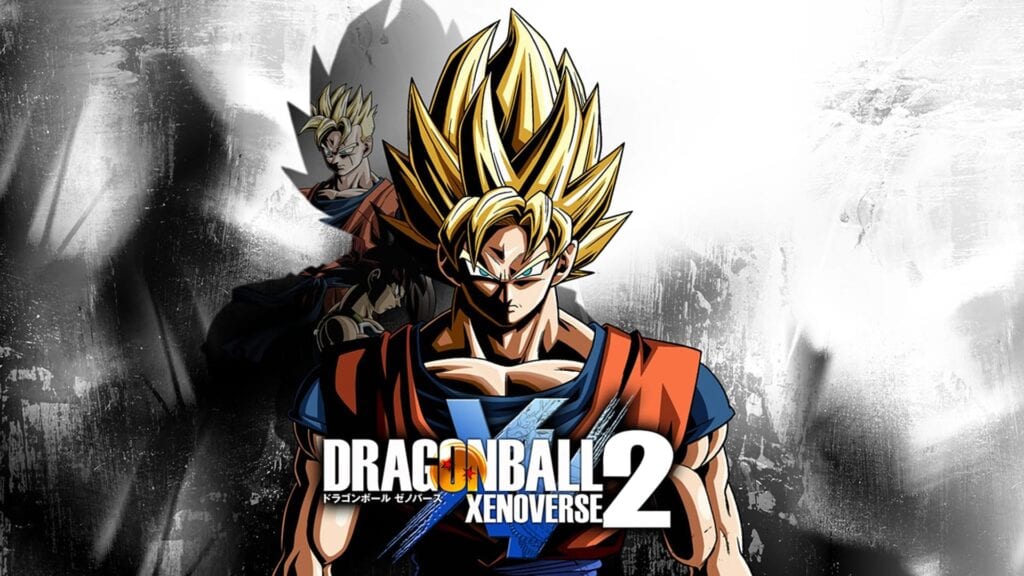 On October 27th fans put on their scanners and potara earrings gearing up for another romp in the Dragon Ball universe. The sequel to Xenoverse had finally come and the game was met with relatively positive reviews, but behind the curtain, something sinister had occurred. Dragon Ball Xenoverse 1 was generally viewed as a well-made game, even by the fairly high bar set by the PC crowd, but the release was quickly marred by a lack of substantial updates. Instead, Bandai Namco focused on pushing out DLC that was short, expensive, and failed to meet the expectations of the fans. The online community quickly atrophied, as no anti-cheat was put into place, and the VS arenas turned into who could run the best exploits in the background.

Dragon Ball fans are nothing if not loyal, and the community was thrilled to see that Bandai Namco explicitly promised “Free updates and post launch support for over a year” for the new Xenoverse 2 slated for a fall release. Shock and horror rippled through the dedicated community on launch day when it was found that Bandai Namco had, in fact, changed the wording on the store page to now read, “Post launch support for over 6 months”. 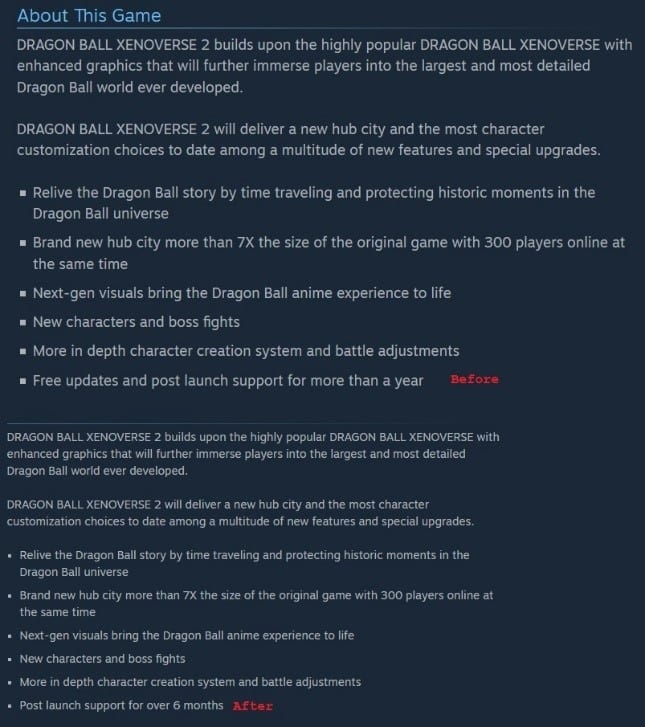 To be fair, Bandai Namco quickly reverted the statement after public backlash hit a fever pitch less than twenty-four hours later, but the damage had already been done. It certainly didn’t help that, even after fixing their faux pas, the bullet point continued to omit the aforementioned free updates.

How do you feel about the intentional change in advertising post-launch? Is Bandai Namco’s shady level over nine thousand? Let us know what you think in the comments below! Also, don’t forget to check out a few of the festive Halloween events going on in other gaming communities such as Destiny, GTA5, and more.

You can also check out the trailer for Dragon Ball Xenoverse 2 below: 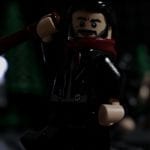 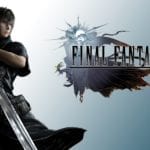