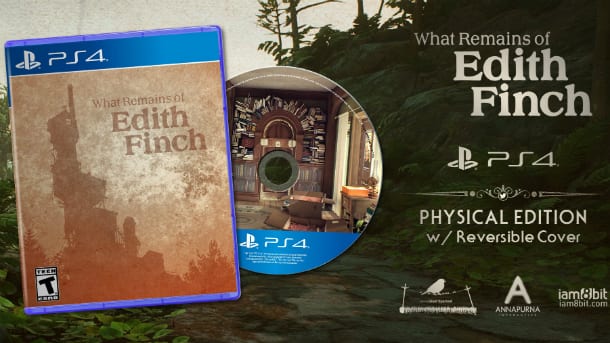 Fans of the indie title and interested parties alike will be excited to discover that there is a What Remains of Edith Finch vinyl soundtrack and physical copy coming next year. The game was an instant hit when it launched earlier in 2017, making the release of a physical edition an obvious next step. In a recent tweet, iam8bit broke the news on pre-ordering the game:

A What Remains of Edith Finch vinyl was also announced via Twitter in a separate post that features beautiful art capturing the game’s tranquil aesthetic. The game comes with a reversible cover and art by Holly Rothrock of Giant Sparrow while the vinyl features beautiful artwork and a wood grain design on the record itself. Both the physical copy and vinyl soundtrack are limited edition, making them unique items for any fan of the title.

For those who may be unsure about why a What Remains of Edith Finch vinyl and physical game are a big deal, here is a bit of detail about the title. Players find themselves in Washington State, exploring the Finch estate as they attempt to uncover the dark secret involving Edith’s (the main playable character) family. As the game progresses, Edith steps into the shoes of family members on the day of their death, revealing new details about the past and present.

The title was surprisingly popular, offering a narrative and progression that is as unique as it is captivating. Those interested can pick up a physical copy of the game for $29.99, and can expect shipment in January 2018. The What Remains of Edith Finch vinyl is also available for pre-order now for $28, and is set to be released in Q2 2018. Both are obtainable through iam8bit’s website.

While the physical edition is for PlayStation 4, the title is currently available on PC, PS4, and Xbox One. What are your thoughts on What Remains of Edith Finch? Will you be picking up either of these limited edition items? Join in on the conversation in the comments section below! Don’t forget to follow DFTG on Twitter for live gaming and entertainment news 24/7! 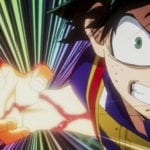 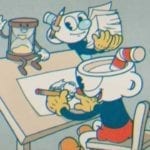