UPDATE: Sony has released an official blog post for the PlayStation Plus free games for August. The announcement confirmed all the games leaked beforehand: Hunter’s Arena: Legends, Plants vs. Zombies: Battle for Neighborville, and Tennis World Tour 2. However, the post also revealed Hunter’s Arena: Legends will be available for subscribers on PS4, in addition to those on PS5. The end date for August’s freebies was also confirmed to last until September 6th. The original story follows below.

Hunter’s Arena: Legends, Tennis World Tour 2 and Plants vs. Zombies: Battle for Neighborville are your PlayStation Plus games for August: https://t.co/J10v87INrf pic.twitter.com/5NqtCCAn6E

Every month or so, Sony has doled out a handful of free games to members of PlayStation Plus, and while selections have varied over the years, the era of the PS5 has more or less offered a total of three games to users as long as they stay subscribed. Next month looks to be keeping that same tradition alive as the latest PlayStation Plus free games have now been revealed for August 2021.

Revealed on the official PlayStation website, the latest PlayStation Plus free games were seemingly unveiled a bit earlier than intended, with the announcement usually made from a formal PS Blog post. Going live August 3rd, fantasy-inspired battler Hunter’s Arena: Legends is set to be available for PlayStation 5 owners, while the likes of cartooney shooter Plants vs. Zombies: Battle for Neighborville and sports sim Tennis World Tour 2 will be given away to those on PlayStation 4.

The PlayStation Plus free games for August may be the next up to bat, but this month’s freebies are still swinging away for the time being. Announced at the end of last month, the likes of A Plague Tale: Innocence, Call of Duty: Black Ops 4, and WWE 2K Battlegrounds were all unlocked as freebies alongside a bonus fourth game in Virtua Fighter 5: Ultimate Showdown. At the time of writing, there’s still a bit of time still remaining before each freebie expires on Monday, August 2nd.

What do you think? Are you excited for the new PlayStation Plus free games for August 2021, or do you feel that this month’s selections aren’t as good as previous months? Let us know in the comments below and be sure to follow Don’t Feed the Gamers on Twitter and Facebook to be informed of the latest gaming and entertainment news 24 hours a day! For more Sony headlines recently featured on DFTG, check out these next few news stories: 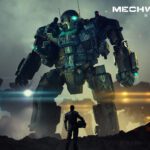