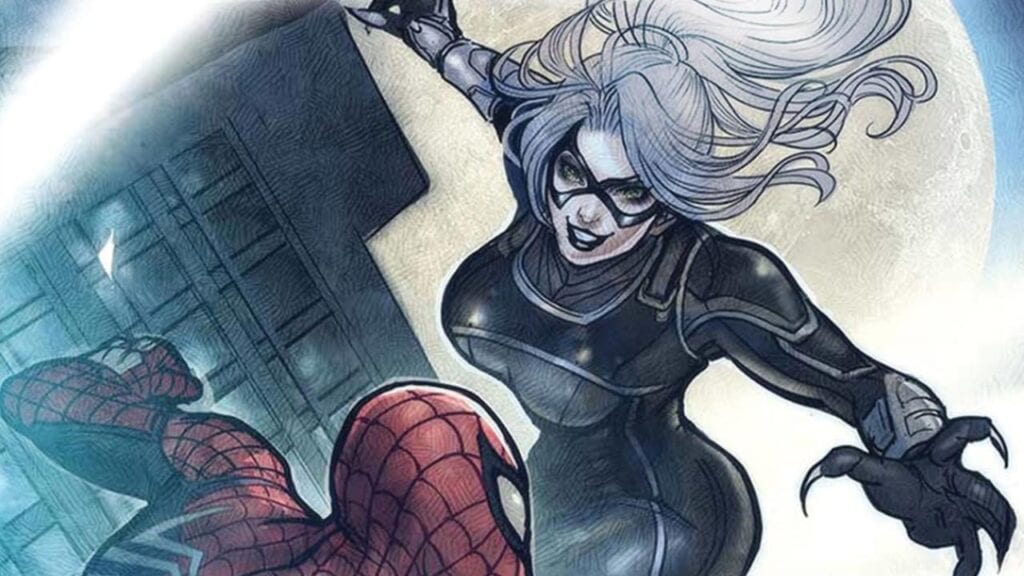 New York Comic-Con has kicked off for the weekend and fans from every corner of the Marvel universe are in for a treat. From exciting announcements and reveals to exclusive panels at the event, there’s even live coverage of all the buzz. Of course, our friendly neighborhood Spider-Man can’t be left out of the mix! During the exciting festivities, Marvel revealed a brand new comic series for Spider-Man, featuring none other than the Black Cat.

Spider-Man: The Black Cat Strikes takes place after the events of Velocity and City at War. Good ‘ol Spidey finds himself “in the middle of a gang war” in the Big Apple. It doesn’t take long before he cross paths with the likes of Hammerhead and Maggia. To further exacerbate the his distress, Spider-Man reunites with his former lover – Felicia Hardy. Check her out in all her glory below with the cover art by Sana Takeda: 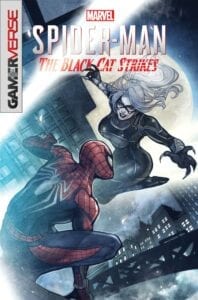 The Black Cat Strikes is a limited five-part series written by Dennis “Hopeless” Hallum alongside the talented illustrations of Luca Maresca. Need to know more about before it hits the shelves in January? Marvel explains:

Following the events of MARVEL’S SPIDER-MAN: VELOCITY and CITY AT WAR, Spider-Man now finds himself in the middle of a gang war in New York City. But as he butts heads with the likes of Hammerhead and the Maggia, the unexpected reappearance of old flame Felicia Hardy AKA the Black Cat sets Spider-Man’s world on fire!

Black Cat’s heroic days are behind her, but what is the secret behind the treasures she’s thieving?  And why would Spider-Man let her go?! Delve into previously untold tales of Spider-Man and Black Cat’s relationship, and a shock ending that will make your webs spin!”

Will Spider-Man and Black Cat get back together? What caused Felicia to turn down a darker path since the two last met? Let us know what you think in the comments section below or start a conversation on Don’t Feed the Gamers Facebook page. To stay up to date on gaming and entertainment news as it happens, follow us on Twitter! Here are some of our latest: 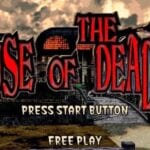 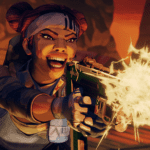