In a newly released Japanese trailer for the upcoming film Rogue One: A Star Wars Story, fans have noticed a moment where a young Jyn Erso (the main protagonist of Rogue One) is given a necklace by her mother Lyra Erso and told to “Trust in The Force.” This minuscule clip is of course gives fans plenty of information for speculation and fan theories.

The crystal we see attached to the necklace is presumed to in fact be a Kyber Crystal (a.k.a. a Lightsaber Crystal). Kyber Crystals are unique in that they are used to power a Jedi’s lightsaber. It should also be known that Kyber Crystals are only found when they call out to a Jedi through the Force and there is no other known method of harvesting them. Using this train of thought, and based off the fact that Galen Erso was taken by the Empire to help build the Death Star, fans now speculate that is is possible there may be Force Sensitivity in the Erso bloodline. Even more prominently Galen Erso may have been taken, specifically for his presumed knowledge of Kyber Crystals, to help incorporate them into the Death Star’s main weapons systems.

Later on in the trailer we see that a message was sent by Galen Erso to the Rebel Alliance warning of a major weapons test from the Death Star. This information along with later glimpses of Galen possibly being found out to be a traitor and Rebel Sympathizer have sparked on the thought that perhaps Galen himself was the one to leak the Death Star plans as well. It is even speculated that perhaps he even helped design the Death Star’s main weapon system with a fatal design flaw included to give the Rebellion a chance to destroy the Death Star successfully aiding with inflicting critical sabotage to the Empire’s might.

In conclusion, it is obviously no accident that Jyn Erso is brought in on the plans to steal the plans to the Death Star. However the lack of coincidence may be reach deeper into Jyn Erso’s history that initially speculated.What are your thoughts on these new fan theories? Lets us know in the comments, and I guess we’ll have to wait until December 16th to find out the truth. In the meantime check out the trailer that sparked the new fan theories.

Feel free to stay tuned to Don’t Feed the Gamers for all your Gaming and entertainment news and check out more Star Wars goodness here! Until next time, May the Force be with you! 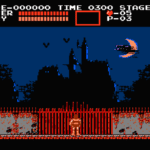 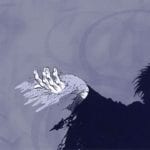