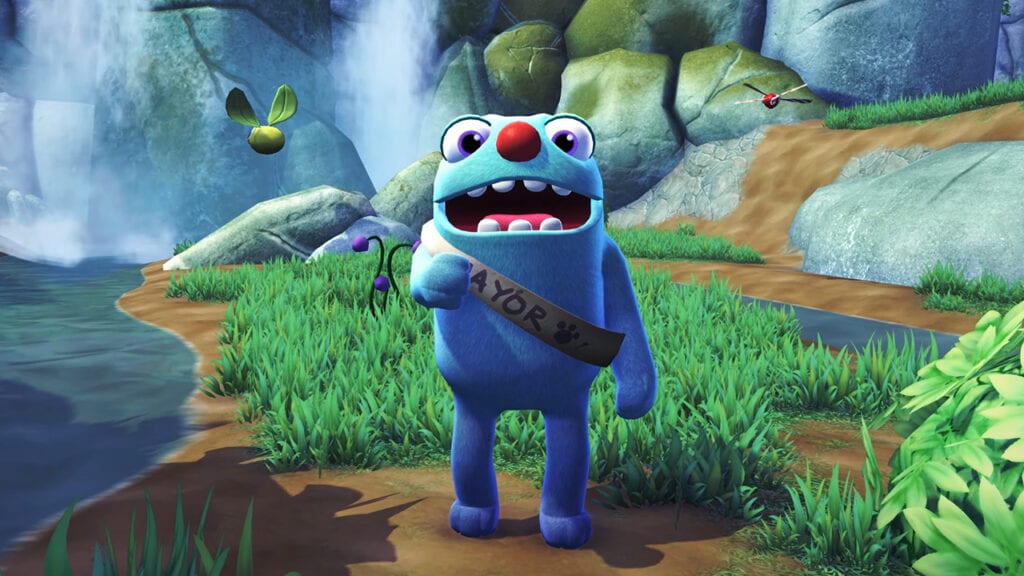 Of the many games revealed for next-gen systems, one of the more memorable has proven to be the quirky adventure title Bugsnax. Created by Octodad studio Young Horses, everything from the game’s bizarre mesh of edible animal hybrids, seemingly horrific undertones, to an infectiously catch theme song has established Bugsnax as a curious crowd-pleaser ahead of the game’s release later this year. As part of Sony’s new State of Play showcase, Young Horses has unveiled a bit more about the snack-capturer alongside the debut of some all-new gameplay.

By the looks of the new footage, players inhabit the role of a journalist eyeing the vibrant island of Bugsnax (called ‘Snaktooth’) as their next big story. Through cataloging, trapping, and collecting Bugsnax, the player meets and mingles with the locale’s inhabitants, each doling out various tasks and missions to complete – often in the form of Bugsnax. However, as the trailer’s ending suggests, the story looks to have a hidden ominous undertone that may not be fully divulged until the game is actually played.

As per the PlayStation Blog, Young Horses President and CEO Philip Tibitoski discussed a few new tidbits, including fresh story details regarding the upcoming adventure. While also on the hunt for the island’s mouth-watering Bugsnax, players are revealed to be on the lookout for Elizabert Megafig, someone who mysteriously disappeared somewhere on the island. In the search for the missing person, players are tasked with questioning the isle’s race of Grumpuses and “discover why each grumpus decided to join Lizbert’s expedition.”

In addition to this new round of Bugsnax reveals, the developers also revealed their collaboration with musical group Kero Kero Bonito in releasing the full version of the game’s theme song, “It’s Bugsnax!” Having already set the internet ablaze with a memorable reveal trailer, the band has since released the full three-and-a-half-minute track through various music platforms, including YouTube, which can be viewed above. In addition, this collaboration also includes a glorious 7″ vinyl, which releases the single in the style of a colorful strawberry snack.

The 7″ vinyl of “It’s Bugsnax!” is available for pre-order now: https://t.co/h46scF6FmT pic.twitter.com/YqxnjtLEsx

Bugsnax is set to release for PC, PlayStation 4, and PlayStation 5 sometime in Holiday 2020.

What do you think? Are you excited to explore the island of Bugsnax for yourself, or have you already been sold by the game’s theme song alone? Let us know in the comments below and be sure to follow Don’t Feed the Gamers on Twitter and Facebook to be informed of the latest gaming and entertainment news 24 hours a day! For more headlines recently featured on DFTG, check out these next few news stories: