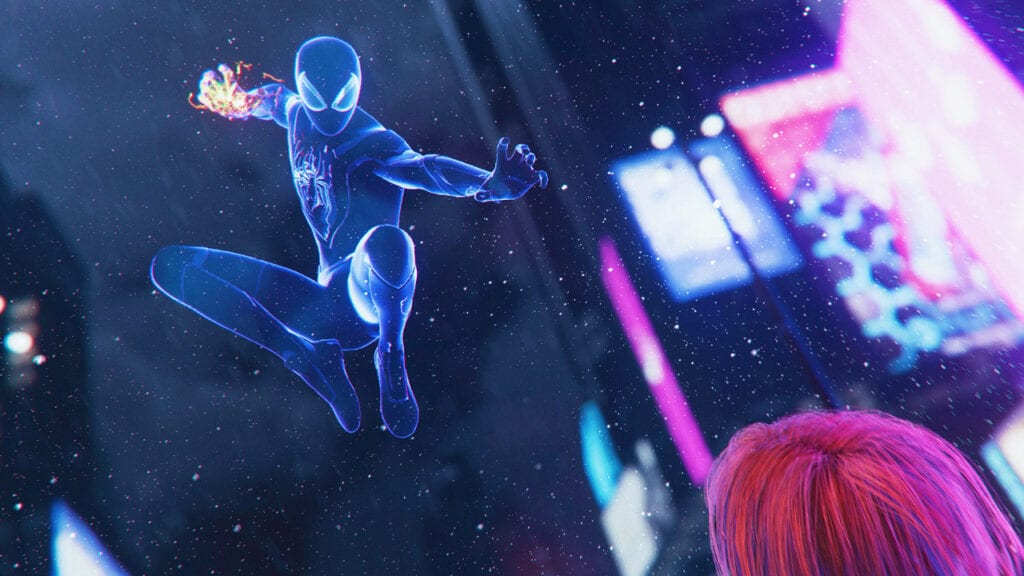 One of the biggest games of the PlayStation 4 era, Marvel’s Spider-Man was recently revealed to have a next-generation follow-up on the way in the form of Spider-Man: Miles Morales. Bringing the side-character to the forefront with his own unique story, the heroics of the black-and-red-suited hero are set to be featured in top-tier prominence as a launch title for the upcoming console. While there’s been a few tidbits divulged regarding the game’s superhero story and structure, developer Insomniac Games has now detailed a bit more about the web-slinging spin-off.

As part of an interview with EW, Spider-Man: Miles Morales creative director Brian Horton confirmed that the titular character will become “his own Spider-Man” through the game’s events, with Miles featuring different animation, movements, mechanics, and powers (shock powers, invisibility) from the Peter Parker we already know. He assured that while this new title is considered a separate adventure, the experience is assured to have “a lot of heart” in a similar fashion to the first game. “This is a full arc for Miles Morales that started in Spider-Man,” Horton said. “We really are completing this hero’s coming of age in our game. It is a complete story.”

The creative director explained: “When we started crafting it, we realized that, with a little bit more of a compact storytelling style, we could tell a very emotionally impactful story that would fit really well as an experience that would take Spider-Man 1 and [Miles Morales] and do justice to this character.” In addition, Horton compared the hero’s journey of Peter to that of Miles, where the former is “born out of tragedy” and guilt (the death of Uncle Ben), the latter is “more so born out of family,” allowing friends and loved ones into “his human world” as well as “his Spider world.”

This new assortment of details arrived with an all-new screenshot, which features Miles Morales readying for action in the sunsetted city streets of Harlem. Insomniac’s James Stevenson made note of the new image over Twitter, drawing attention to the “ray-traced puddles” seen at Spidey’s feet. This is a seeming reference to 2018’s “Puddlegate,” a controversy surrounding the first Spider-Man title, where the visual quality of in-game puddles (or lack thereof) was called into question by observant fans. By the looks of the new screenshot, it appears puddles will indeed be shiny this time around, leaving fans little to pick apart – at least for the time being.

What do you think? Are you excited about getting to suit up as Miles Morales, or are you just here for the puddles? Let us know in the comments below and be sure to follow Don’t Feed the Gamers on Twitter and Facebook to be informed of the latest gaming and entertainment news 24 hours a day! For more headlines recently featured on DFTG, check out these next few news stories: