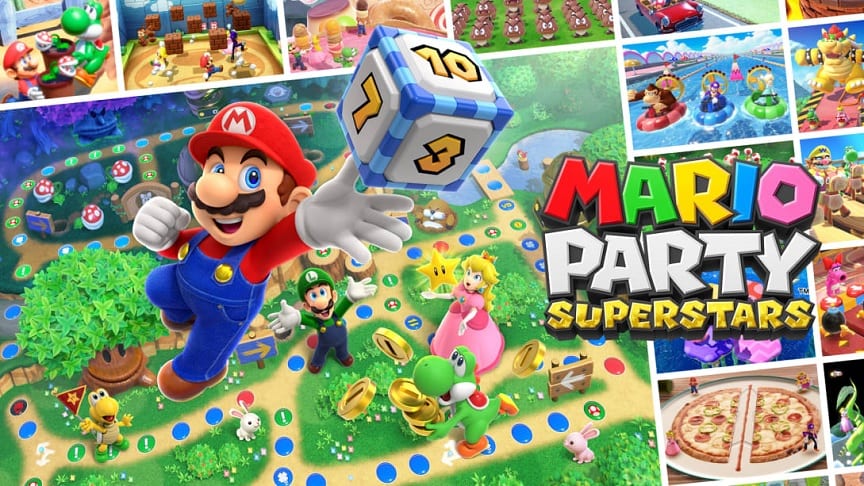 The Mario Party titles are responsible for many a gamer’s fondest memories, from acing a mini-game to eke out a close victory to mercilessly stealing stars from your opponents, potentially garnering steely glares from around the dinner table. With each new entry in the series the mini-games have oftentimes grown more robust and complex, though that hasn’t prevented the player base from having their select favorites from some of the older games. Nintendo seems poised to tap into that wellspring of nostalgia with the recently announced Mario Party Superstars, which will pull in a collection of gamers’ favorite maps and mini-games from throughout the franchise under a single title.

During Nintendo’s E3 2021 presentation, the company revealed Mario Party Superstars. According to Nintendo, the new title will be a “superstar collection of boards and mini-games,” which should make it a can’t-miss entry in the popular series. Some of the content includes the Peach’s Birthday Cake and Space Land levels, as mentioned in the trailer. Check out the reveal below:

One of the biggest features to be announced during the trailer is that Mario Party Superstars will ship with full support for online play, a first for the series. It took Super Mario Party a few years after its release to offer online multiplayer, for comparison.

Enjoy 5 boards from the Nintendo 64 era & 100 minigames from the series catalog – all of which can be played with button controls. Plus, all game modes work with online play!”

Mario Party Superstars is slated to release on October 29, 2021 exclusively for Nintendo Switch.

Thoughts on the newly revealed Mario Party Superstars? Let us know in the comments section below, and as always, stay tuned to Don’t Feed the Gamers for all the latest gaming and entertainment news! Don’t forget to follow DFTG on Twitter for our 24/7 news feed!