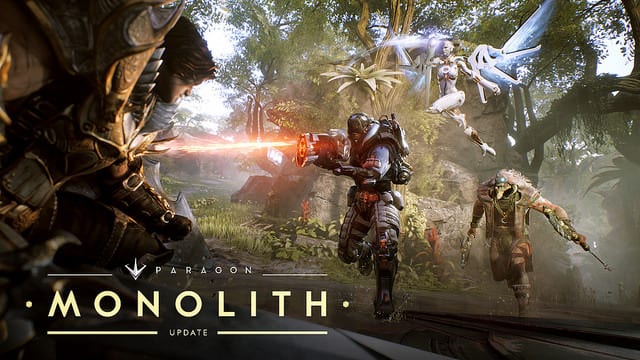 Last year’s PSX rolled out the MOBA, Paragon. The goal was to make the most competitive and immersive MOBA out there; Paragon. With early access, open beta, weekly updates, a year of feedback and plenty of data to work with, Epic has finally rolled out their largest update to date: Paragon Monolith.

Lead hero designer Cameron Winston had a lot to say about Paragon Monolith on both the PlayStation.Blog and the trailer above. There are plenty of things to be excited about, especially given the new map and adjustments to game play. Somethings are coming in, and some are going out:

For Monolith, we want to more solidly deliver on the promise of what we felt Paragon should be. To that end, we’ve turned it up a notch. Gameplay is faster. Specifically, we’re talking about faster movement speed, ability and attack execution speed, and overall game lethality. We feel this direction will help Paragon truly achieve the goal we’ve always had: The MOBA that puts you in the action.

One important part of the update, mentioned in the trailer, was that they wanted players to always be doing something. With that in mind, the game has a much more even flow and faster pace than before. Coupled with a new asymmetrical map and updates to hero speeds the game is promising a lot more than it had in previous updates.

We’ve removed Travel Mode in favor of that increased base movement speed. Once mastered, the new, faster move speeds will prove easier for players to understand in terms of which engagement ranges are safe and which are likely to land them with a free timeout.

We’ve created an entirely new map called Monolith that will become the primary competitive experience for Paragon. It’s about 30 percent smaller than the current map, which we now call “Legacy.”

The layout allowed developers to create much more clearer roles for the heroes, and define definite places for them. Another focus on the map was ensuring that the lanes were dynamic enough to allow for greater conflict, skill saves, and epic plays! Paragon Monolith seems to deliver this with an increase in speed on a smaller more defined map. 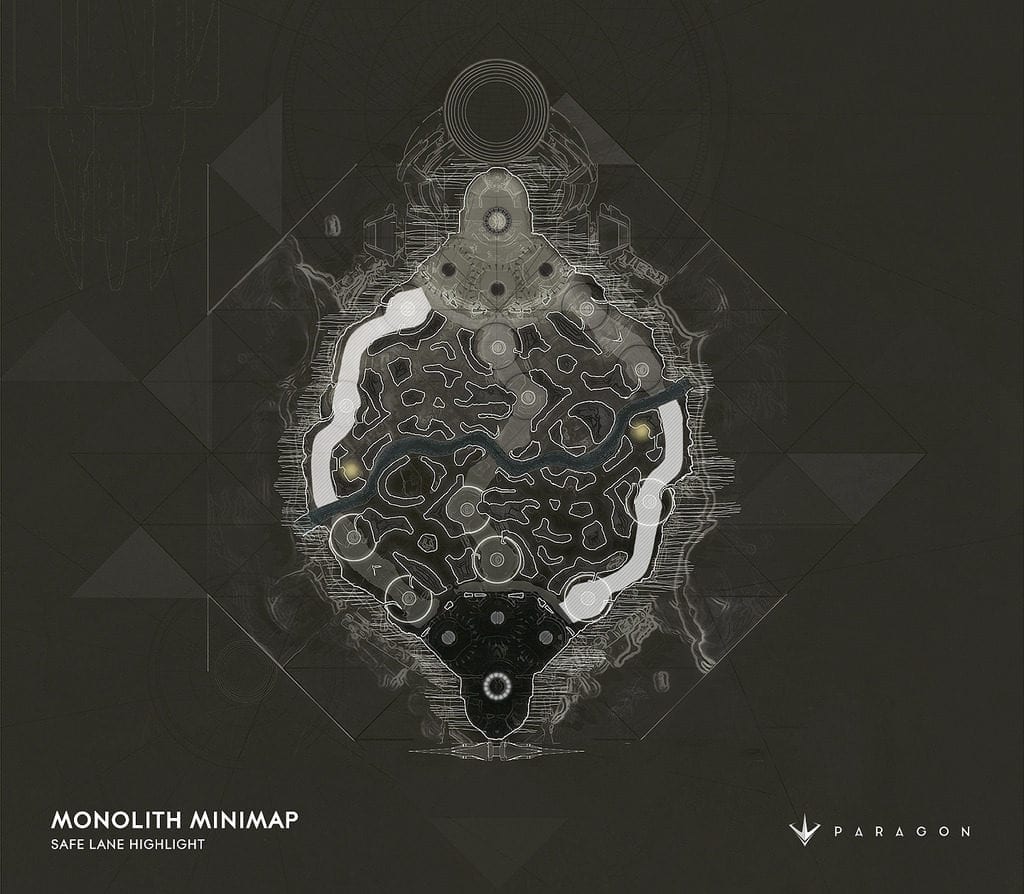 The latest update also includes a rework of damage types that allows for players to better itemize armor against damage. The shift in attacks also includes primary attacks as “Basic Attacks” and any power that can be activated as an “Ability” attack. The change is important because it has given developers a much better handle on the scale of attacks ability-focused heroes can do.

The overhaul isn’t over yet though as they have also removed the concept of Physical and Energy heroes, opting for “cards” with unified “Power” stats that increase basic attacks and abilities. Players can buy Power to build percentages on stats for all of their damage regardless of where it comes from. They are planning to add more cards which may allow players to increase a specific kind of damage, or add cool features to their basic attacks. Cameron was quick to not something important about the update to every hero in the game:

With all of this, it should come as no surprise that we’ve rebalanced every Hero in the game with an eye toward both faster speeds and faster kill times. Ranges for most abilities have been reduced, while timings of most activation animations have been sped up across the board. Movespeed buffs and slows have likewise all been adjusted to match the new movement speeds.

There was also talk of a new kit for the hero Twinblast. The kit is expected to make them more deadly and enjoyable with the new Paragon Monolith map. You can watch a short video on the rework below.

Overall the game is promising a new experience for  players with amped up excitement and a lot of action. Removal of cards with cooldown reduction, and even a greater emphasis on mana management are included in the update. You can read the full patchnotes here, but we included a short TL;DR for anyone that just wants a little info.

As if all this wasn’t enough, the developers are offering double XP and Rep all week for anyone playing the game. All they ask is that players try three games before giving their thoughts. It looks like Epic has something pretty epic going on here. Be sure to check out this free to play update today!

Are you excited for the Paragon Monolith update? If you’ve played it, sound off in the comments below and tell us what you think! 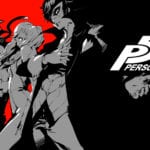