It was only a few days ago when the premiere trailer dropped for Paramount Pictures’ upcoming live-action Sonic the Hedgehog, the footage premiering after months of teasing from filmmakers. While there were a few qualities to enjoy such as the fun tone and Jim Carrey’s goofy antics, the trailer notably received a shocked response; the consensus voicing horror at the awkward, human-like redesign of SEGA’s speedy blue hedgehog.

Though this new “realistic” Sonic had been teased in posters and revealed in unofficial images beforehand, actually seeing the red-shoed speedster in action confirmed many fans’ fears that the classic game character wasn’t at all up to snuff. With fans firmly against this version of Sonic, this might be where most movie studios would start preparing for the worst. However, it appears Paramount, SEGA, and Blur Studio are instead taking this feedback into consideration, director Jeff Fowler recently confirming plans to redesign the character over Twitter.

Thank you for the support. And the criticism. The message is loud and clear… you aren’t happy with the design & you want changes. It’s going to happen. Everyone at Paramount & Sega are fully committed to making this character the BEST he can be… #sonicmovie #gottafixfast 🔧✌️

Though it’s easy to speculate, it’s currently known how exactly these alterations might go down. As one of the most distinct criticisms regarding live-action Sonic has been his lacking resemblance to his video game counterpart, it’s very possible Paramount could ultimately look to the games for inspiration. With the movie’s release approaching, one thing that’s for sure is that it’ll need to be a speedy job, a quality admittedly well-suited to one of gaming’s fastest beings.

Sonic the Hedgehog releases in theaters on November 8th.

What do you think? Are you glad the live-action Sonic is getting a new look, or did you actually think his current look wasn’t half bad? Let us know in the comments below and be sure to follow Don’t Feed the Gamers on Twitter and Facebook to be informed of the latest gaming and entertainment news 24 hours a day! For more headlines recently featured on DFTG, check out these next few news stories: 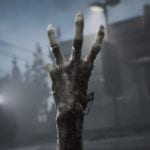 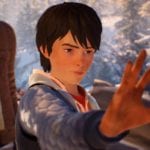