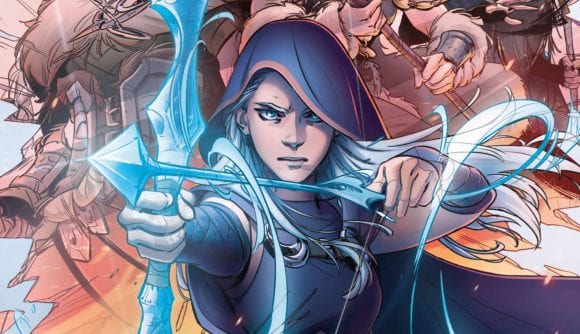 League of Legends has been pumping out new and exciting content for years now, with the latest new playable champion being an adorable, magical cat named Yuumi. Riot Games certainly hasn’t forgotten it’s original champions, though, as the company recently teamed up with Marvel to create a comic series based on one of League’s oldest champions, Ashe. Titled Ashe: Warmother, the series explores the origin story of the beloved Freljord queen, and is now available as a physical collection.

Ashe: Warmother is now available for purchase as a physical collection of all four issues, with a total price of $15.99. Those interested in purchasing it can do so right here through Riot Games. That said, according to Riot the comic series is also available at local comic and/or book stores should you prefer not to wait for it to ship. Here’s the breakdown of the League of Legends comic series courtesy of Riot Games:

“The first full-length comic series in the League of Legends universe, delivering an epic journey through the Freljord! Raised in the savage wilds of the north, Ashe is an Iceborn, a warrior gifted with a magical connection to her frozen homeland—and burdened by her mother’s fanatical expectations. When they set out on a dangerous quest for the truth behind an ancient myth, bonds are broken, secrets come to light, and Runeterra is forever changed. Will young Ashe become the leader her people need? Or is destiny merely an empty dream? Available in print for the first time, ASHE: WARMOTHER features the comics debut of Riot Games writer Odin Austin Shafer, with stunning artwork by Russ Manning Most Promising Newcomer Award nominee Nina Vakueva (HEAVY VINYL).”

So, thoughts on the Ashe: Warmother comics? What other League of Legends champions are you hoping will crossover to new mediums? Let us know in the comments section below, and as always, stay tuned to Don’t Feed the Gamers for all the latest gaming and entertainment news! Don’t forget to follow DFTG on Twitter for our 24/7 news feed! 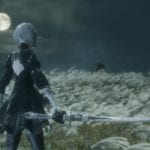 Sekiro: Shadows Die Twice Gets Invaded By NieR: Automata's 2B With This Mod