With new gaming technologies ever evolving over the years, independent developers have been able to rise and grow in the variety of gaming experiences that they strive to deliver. Such seems to be the case with fan-favorite developer Ninja Theory, which developed the hit game Hellblade: Senua’s Sacrifice. Having now been acquired by Microsoft, Ninja Theory is hard at work on a sequel, as well as two new games. One of these new titles is titled Project: Mara, and little information has been disclosed about it so far. Now, the Hellblade dev has provided an update on this mysterious title.

Ninja Theory recently released a new episode of its Dreadnought Diaries series on the studio’s official YouTube channel showing a new look at the art process for the upcoming Project: Mara. This particular episode is focused on how Ninja Theory has set out to digitally recreate a real-world apartment that will be the main setting for the game. Chief Creative at Ninja Tameem Antoniades describes the process of faithfully recreating such a real location down to the smallest textural details as follows:

A funny thing happens when you get that close to a material, when you get as close as a human eye can possibly see. Things that seem flat from afar become 3D. You start to see details, you start to see edges, edgeware, you see lint, you see dirt. You see all kinds of stuff that is 3D geometry.”

In regards to the objects that are found in the apartment, Antoniades also refers to them by saying “Artists aren’t there just to create an object, they’re there to create systems that can create an object and infinite variations of that object.” The Hellblade dev previously suggested that Project: Mara will be a horror game that focuses on “mental terror”, basing the experience on real accounts of mental trauma. There’s still so much more about the game’s narrative to be revealed, but so far the technical power being used to tell that story already seems impressive and immersive. Hopefully, this tech can be mastered soon so Ninja Theory fans can get their hands on it before the world goes to Hellblade.

What do you guys think about this update on Project: Mara from the Hellblade dev? Let us know in the comments below! Be sure to stay tuned for the latest gaming news, such as The Last of Us HBO series confirming its new director, here on Don’t Feed The Gamers! Follow us on Twitter to see our updates the minute they go live! 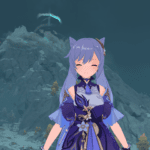 Gabe Newell On Cyberpunk 2077 Launch: "I Have A Lot Of Sympathy" For CDPR