Though Halo Infinite made its world premiere to the public a few years back, it’s been under development for quite some time now. With the most recent news from the Xbox Games Showcase earlier this week presenting new gameplay, Halo Infinite is closer than ever to landing in our hands. In addition to the gameplay trailer, 343 Industries shared some interesting tidbits as well.

According to 343 Industries’ Chris Lee and Paul Crocker (via IGN), a glimpse of what Halo fans saw was in-game footage that takes place four hours into the campaign. Though it may seem like just the beginning, there’s so much more to the game than what the dev team has shown so far. In fact, Halo Infinite is “several times larger” than Halo 4 and 5 put together. 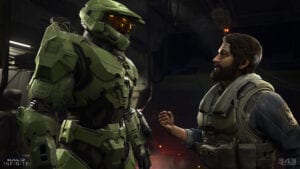 “The scale of the environment accessible to players is several times larger than that of the last two Halo games combined with opportunities to discover hidden rewards and assault Banished fortifications in brand new ways,” 343 Industries revealed.

In Halo Infinite, players will have more freedom to explore given how expansive they’ve created the world and still maintain the collection of iconic weapons, vehicles, and characters fans know and love. Of course, they had to add a few new tricks too. As some have already guessed, Master Chief has a new “Grappleshot” tool that allows him to dynamically traverse new areas and terrain. Players can use the grappling hook to use the environment and weapons against enemies as well.

“Get up close and personal by grappling into an enemy for a satisfying melee, pull a Fusion Coil to yourself and throw it at your target, or grapple to a ledge to rain fire on enemies below,” 343 Industries explained. “This new equipment, along with various new weapons, open up more freedom and flexibility for players to showcase their own playstyles. And yes, these new additions to the sandbox will also carry over to multiplayer, however they’ll function a bit differently as equipment items that can be picked up on the map. We look forward to talking more about multiplayer details soon.”

Whether you’re hooking then tossing a plasma canister at a group of enemies or using the Grappleshot to swing under a bridge, that’s a pretty neat tool to have. You know, casual combat shenanigans for good ol’ Master Chief!

What do you think about the gameplay trailer you saw for Halo Infinite? Are you impressed by it so far or are you hoping to see certain improvements? Let us know what you think in the comments section below or start a conversation on Don’t Feed the Gamers Facebook page. To stay up to date on gaming and entertainment news as it happens, follow us on Twitter! Here are some of our latest: 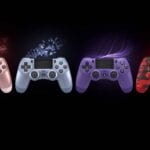 PlayStation 4 Still Has "A Lot More To Come," Says Sony 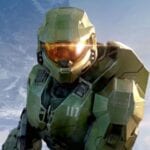