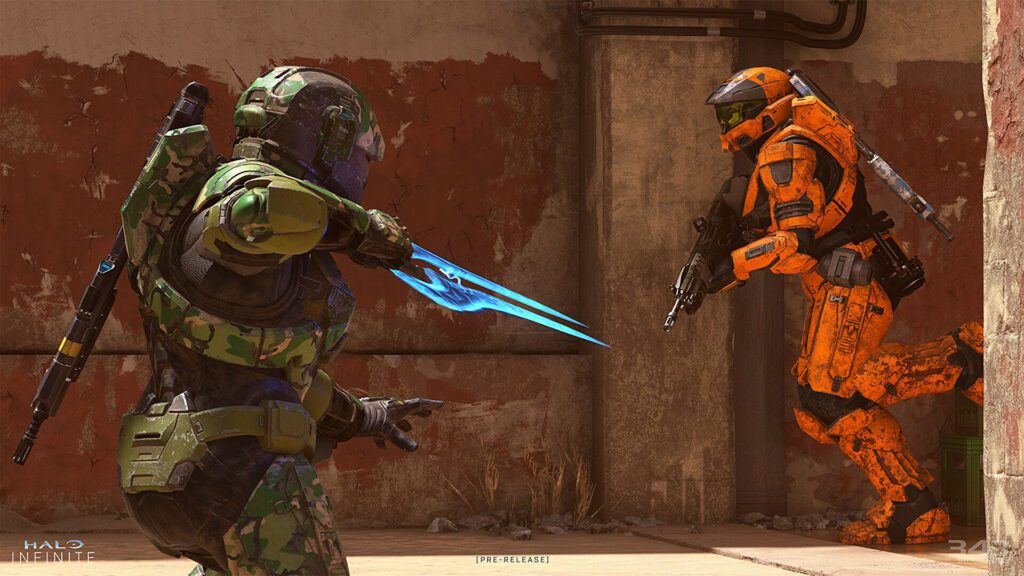 For over two decades now, the Halo franchise has positioned itself as one of the biggest gaming franchises out there, and certainly dominates the culture around the Xbox platform. Master Chief has taken his biggest step into the modern age of gaming with the release of Halo Infinite for the Xbox Series X. The game has promised a significant new structure for Halo online multiplayer modes so far, and will find seasons of new content to keep the experiences fresh. The series has yet to attempt a battle royale mode, but according to new rumors, a Halo Infinite battle royale mode may be in the works.

Windows Central reporter Jez Corden recently hosted another episode of his Xbox Two Podcast, recently released on his official YouTube channel. The podcast covers recent stories in Halo news, with them taking particular interest with 343 Industries elevating their relationship with developer Certain Affinity. Jez had previously reported that the developer was recruited to work on a new game mode with code name “Tatanka” for Infinite. Many had theorized before that this secret new mode would be a Halo Infinite battle royale mode, and Jez seems to suggest in this podcast that it is indeed a battle royale mode.

A little while ago I revealed that Certain Affinity is working on a new game mode for Halo Infinite codenamed “Tatanka” internally.

Today, CA announced that it is “deepening” its relationship with 343i on Halo Infinite. https://t.co/3oxYGMu0UJ #HaloInfinite #Xbox

Corden further details the supposed Halo Infinite battle royale mode, saying that it has been in development for over two years. While it is suggested that the mode will rival the size and scope of Call of Duty: Warzone, it will put a unique spin on the mode that takes advantage of Halo’s unique features. The team will aim for a season 3 or season 4 rollout of the battle royale mode, with Certain Affinity focuses on maintaining the mode while 343 handles the other main multiplayer game modes. It is also expected to tie into the Forge mode somehow. If this news becomes a reality, it will certainly be a bold new step forward for the Spartans, won’t it?

What do you guys think about these rumors regarding a Halo Infinite battle royale mode? Let us know in the comments below! Be sure to stay tuned for the latest Halo news, such as the Halo TV series premiere being made available to watch for free online, here on Don’t Feed the Gamers! Follow us on Twitter to see our updates the minute they go live!