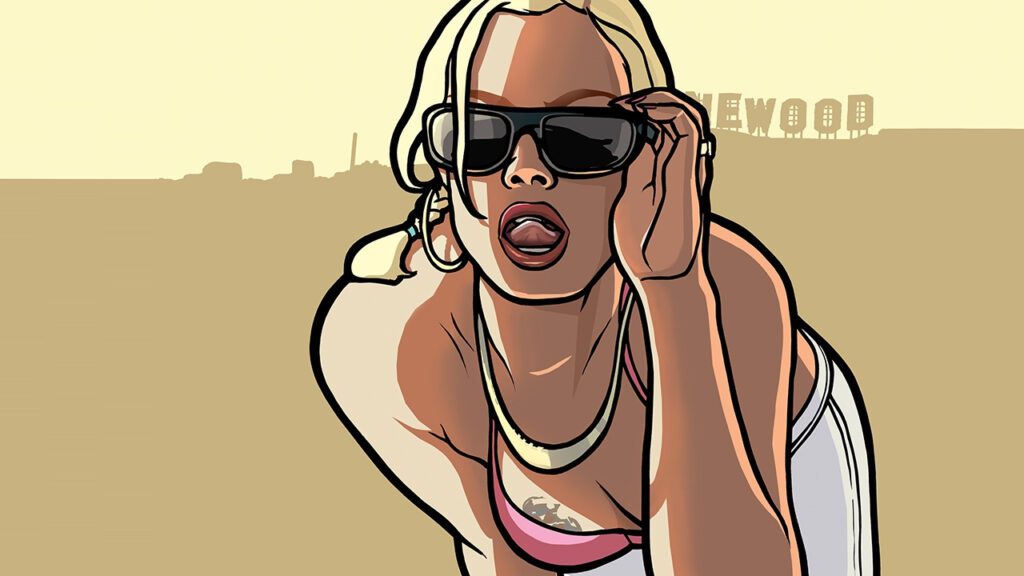 Collecting the most popular of Rockstar’s PS2-era projects, a remaster of GTA 3, Vice City, and San Andreas has finally driven to release. Though anticipated at first, the so-called ‘Grand Theft Auto: The Trilogy – The Definitive Edition’ has been subject to various disappointments at launch, such as graphical hiccups, missing content, and a mass takedown of the original un-remastered versions. However, it looks like Rockstar is once again in “hot coffee” upon the discovery of an infamous minigame hidden in the game’s files.

Lol the code for hot coffee was left in the gta remasters pic.twitter.com/JCVn5JSZUD

As pointed out by several sleuthy data miners on Twitter (H/T VGC), the new GTA Trilogy looks to have several surprising nuggets buried in its files, most notably code referencing the infamous Hot Coffee minigame from GTA San Andreas. The minigame, which saw players engage in a playable sex scene, was never meant to see the light of day, having been cut from the original 2004 release of GTA San Andreas. However, the cut content was eventually discovered and resurrected as the Hot Coffee mod, enabling players to enjoy some “coffee” against the will of Rockstar.

While not intentional, the availability of such steamy activities memorably caused a huge stir for Rockstar and parent company Take-Two, enduring a $20 million class-action lawsuit and subsequently removing the minigame’s code from further releases. Considering all the “hot coffee” Rockstar experienced the first time around, the code’s seeming resurgence in the remastered GTA Trilogy is fairly curious, but not exactly surprising considering the wealth of other discoveries within the game’s files – design notes, dev tools, and references to content left on the cutting room floor.

For those who don’t understand, it is basically the Holy grail for those, who cares about “behind the scene” stuff. We can see what was cut in the missions/scripts and read Rockstar North’s notes from that era.

The Switch version is the Holy Grail for people, who likes behind the scenes. They leaked almost everything for the original trilogy. It includes:
Script sources…
Text sources…
Internal tools…
Some other weird files… pic.twitter.com/FjvONzbeNh

This “hot” discovery occurs as the remastered GTA Trilogy is unavailable in the Rockstar Launcher following the announcement of sudden “maintenance” and the removal of “unintentionally included” content from the game. It’s not known whether Hot Coffee nor the file leak is responsible for the collection’s days-spanning downtime, but the developer’s phrasing certainly suggests either (or both) could easily be the case. As of now, players have been unable to play any of the new GTA releases since Thursday, so here’s hoping the aforementioned “disruption” ends sometime soon.

The Rockstar Games Launcher is now online, but GTA: The Trilogy – The Definitive Edition is unavailable to play or purchase as we remove files unintentionally included in these versions. We’re sorry for the disruption and hope to have correct ones up soon. https://t.co/NiMNXUKCVh

What do you think? Are you surprised to see Hot Coffee return for the new GTA Trilogy, or do you feel the game has much more prevalent problems at the moment? Let us know in the comments below and be sure to follow Don’t Feed the Gamers on Twitter and Facebook to be informed of the latest gaming and entertainment news 24 hours a day!​