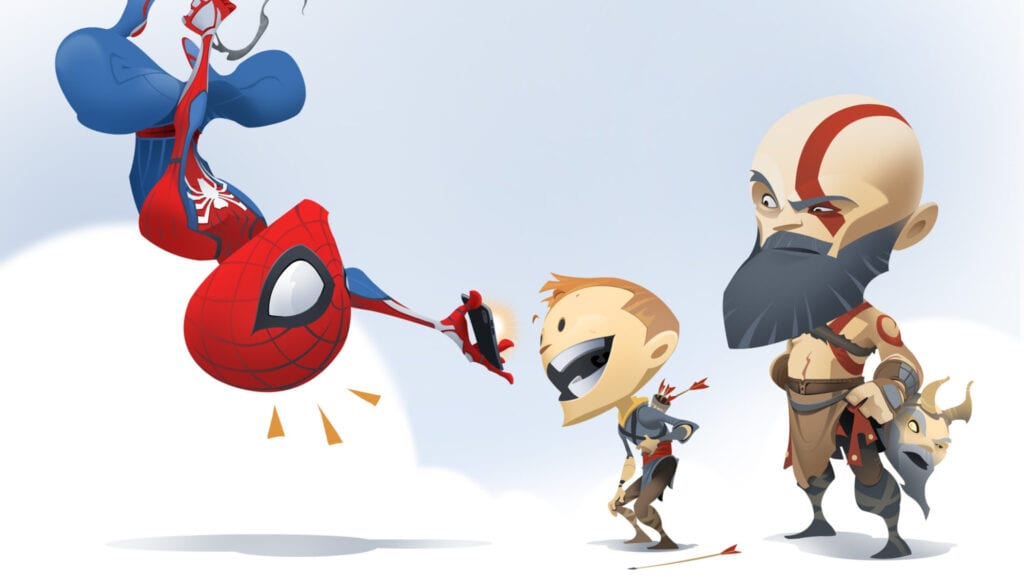 The release of Spider-Man for PS4 is finally upon us, and much of gaming-centric conversations are presently obsessed with the new title by Insomniac Games. The game is yet another blockbuster-level PS4-exclusive project. Now, Insomniac Games have been heartily congratulated from those responsible for previous successful PS4 exclusives, namely the God of War and Horizon developers. While the game did face some accusations of graphical downgrading right before its release, everyone seems to be celebrating the game’s quality and fun nature.

Atreus – “Woah Spider-Man, that looks like a cool fight, we should hang out. You really should meet our friend.”

Sony’s Santa Monica studio started off the congratulatory train with a post on their official Twitter account. The studio that developed this year’s immensely popular God of War game tweeted a photo expressing their happiness over the new Spider-Man game’s release. It depicted Spider-Man showing a photo from his smartphone to Kratos and his son Atreus. Atreus is shown gleefully smiling at what is said to be a photo of Spidey in combat, while Kratos reacts with his usual gruff indifference.

“More than happy to join the fight! So what are we hunting?”
Huge congrats to @insomniacgames and @MarvelGames on #SpidermanPS4 swinging onto the PlayStation 4. pic.twitter.com/UWv9KYLX2u

In response to Santa Monica’s tweet, Horizon Zero Dawn developer Guerilla Games also tweeted a photo depicting Horizon protagonist Aloy joining Kratos, Atreus and Spidey as they leap into action. Aloy asks what their band of heroes is hunting, as she brandishes her signature bow. It certainly is delightful to see the creatives behind the Ps4’s heavy hitters playing nice and celebrating each other’s victories.

Here’s hoping the web they all weave together leads to crossover appearances in-game in the future. What do do you guys think about these responses from the God of War and Horizon developers? Let us know in the comments below!

Be sure to stay tuned for the latest Spider-Man PS4 news, such as the game’s photo mode containing classic comic book cover-style frames, here on Don’t Feed the Gamers! Follow us on Twitter to see our updates the minute they go live! 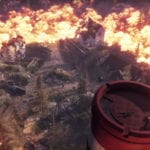 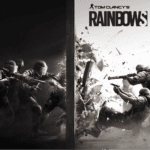 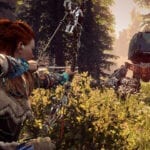