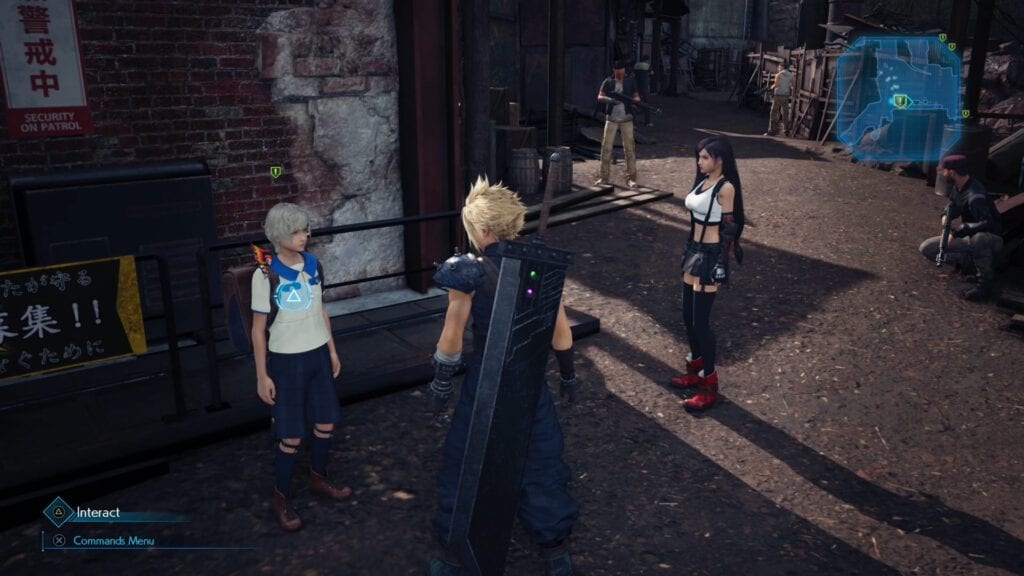 With less than two months left until the highly anticipated Final Fantasy VII Remake is officially here, Square Enix is continuing to release interesting sneak peeks of the game that have been quite successful at keeping our excitement up to a fever pitch. Just last week, the Japanese publisher revealed a beautiful piece of artwork depicting Cloud Strife and friends overlooking Midgar’s outskirts in what will likely end up being one of the final moments of the first part of the remake. Now, a new batch of Final Fantasy VII Remake screenshots has been revealed showing off Tifa in action, a few questing screenshots, and more.

Square Enix released a new set of Final Fantasy VII Remake screenshots via a recent blog post over on the PlayStation website. Said post showcases numerous previously unseen shots from the game, including fresh character profile shots of Hojo, Red XIII, and even a few of the Summons. Additionally, we also have some extra shots of Tifa in action, which can be seen below:

As shown above, Tifa will have plenty of unique combat abilities she’ll be able to utilize to take her opponents down, just like in the original Final Fantasy VII. The two screenshots on the bottom depict special abilities Tifa can use once her ATB bar is filled, while the two shots on top show off some of her basic attacks.

Shown above are some shots of some of the various “Mercenary Quests” players will be able to participate in throughout the Final Fantasy VII Remake. Players can earn gil, materia, and plenty more goodies by helping out around Midgar. There is also a new character that can be spoken with that will ask Cloud to obtain Battle Reports, and in turn he will reward Cloud with the ability to obtain new materia.

Moving right along, the next topic of conversation is a bit controversial given, well, how strangely both Carbuncle and the Chocobo Chick look in the Final Fantasy VII Remake. They both look almost nothing like most other iterations of the series’ longtime staple characters, while the Cactuar looks about as typical as you’d expect. Despite the fan outcry thus far, I wouldn’t except a design change this close to launch, so we’re going to have to get used to it, as unsettling as it is.

The Final Fantasy VII Remake is slated to release exclusively for the PlayStation 4 on April 10, 2020. Those looking to see more of the recently released screenshots can do so right here.

Thoughts on the latest batch of Final Fantasy VII Remake screenshots? Let us know in the comments section below, and as always, stay tuned to Don’t Feed the Gamers for all the latest gaming and entertainment news! Don’t forget to follow DFTG on Twitter for our 24/7 news feed!