Last month, the folks over at Square Enix announced, rather in keeping with the publisher’s history, that the highly anticipated Final Fantasy VII Remake was being hit with a delay. Thankfully, said delay is just a paltry five weeks, though its repercussions will be felt all the way through until next year.

Square Enix released the official box art for the Final Fantasy VII Remake late last year, revealing at the same time that the PS4’s timed exclusivity runs from the game’s initial release date of March 3, 2020 until a year later, on March 3, 2021. While many non-PS4 owners were hoping to catch a bit of a break due to the game’s delay, it appears that Square Enix has once again updated its box art to now reflect the new end date of the PS4’s exclusivity, which is now April 10, 2021. Here’s the updated box art (thanks, Siliconera). 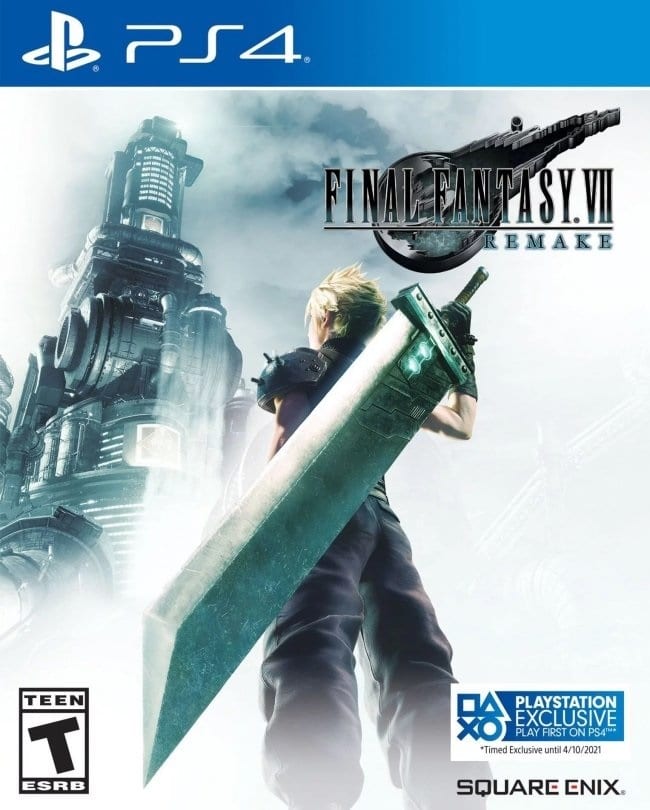 While we know how long the PlayStation 4’s exclusivity will last, we still don’t know what platforms the Final Fantasy VII Remake will branch out to once we’ve gotten past 4/10/2020. The original FF7 has made its way to PC, Nintendo Switch, and the Xbox One, so chances are the remake will also make its way to at least most of these platforms. Square Enix would quite frankly lose way too much money to not release the remake on as many platforms as possible, so chances are we’ll have another Skyrim on our hands.

The Final Fantasy VII Remake is now releasing exclusively for the PlayStation 4 on April 10th of this year.

So, thoughts on the delay? What platform are you hoping the Final Fantasy VII Remake will release on? Let us know in the comments section below, and as always, stay tuned to Don’t Feed the Gamers for all the latest gaming and entertainment news! Don’t forget to follow DFTG on Twitter for our 24/7 news feed!