When it comes to massive multiplayer gaming opportunities, most titles involve valiant knights, daring rogues, or thieves to pick the pockets of the wealthy, leaning the gamer a little more towards a fantasy driven realm. That isn’t to say those titles aren’t amazing, because who doesn’t love a dungeon-crawling epic to wash away the day’s stresses? But while there are such gaming opportunities as World of Warcraft, Smite, and even Lord of the Rings Online, there comes a new genre of MMO that appeals to the Sci-fi fanatics in all of us: EVE Online.

Many times, when an MMO game is produced for online consumption, the game involves payment options to help keep the servers open for continuous play. EVE Online had had those pay-to-play features since the very beginning, but has recently announced it will be adding a free-to-play option along with its paid subscriptions to further entice gamers into the realm of EVE. It’s a great marketing move, considering it gives everyone a chance to try out the game and sample exactly what it is you can do in this space-faring adventure before choosing to opt into paying a little bit more for a more deeply involved campaign. The below video outlines some of the changes that will also come with this FTP option, if trying out this veteran title is something you’re interested in:

EVE Online will also be adding three engineering complexes, some additional ships, new command bursts, updated explosion effects, and a few other changes that are outlined in the description here:

The November 15th 2016 Ascension expansion is a free addition to EVE that brings a whole host of new features and some of the biggest changes ever to New Eden. It introduces Clone States, allowing you to play for free as an Alpha clone for as long as you want. The improved New Player Experience makes it easier than ever for your or your friends to learn how to play.

For gamers looking for a little something different to add to their repertoire of massive multiplayer experience, November 15th is your chance to give it a try and test out your wings in this space odyssey of epic proportions.

Let us know in the comments below: is this a game that you’ll be willing to try out now that you’ll have a chance to play this title for free? Do you already play EVE Online? Give us your thoughts on this title, get excited for next week, and game on! 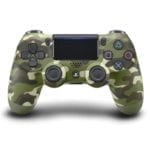 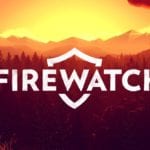