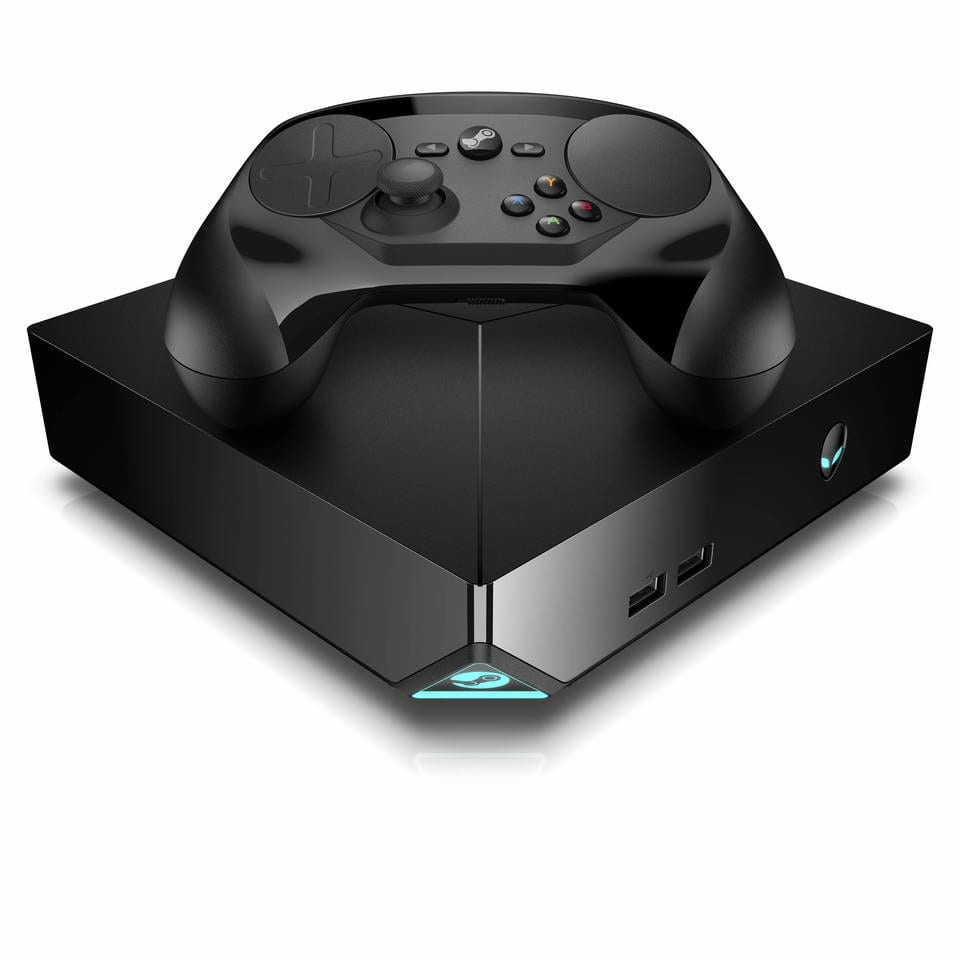 Personally, I have been gaming for more than three decades now. I started with a rectangular controller, making a plumber jump on mushroom monsters and collecting coins that you can’t spend on anything. Throughout the years I have primarily been a fan of the ease and reliability of console gaming systems. I’ve played on and/or owned almost every major brand of home gaming consoles. When PC gaming was fresh and new, I dabbled here and there, but never committed to building a worthy rig. I have a lot of friends that game on this particular platform and decided it was time to join what is known as the “PC Master-Race.” So where does one with very little knowledge of the components required to build a worthy machine even begin? With CPUs and GPUs, cases and motherboards, the gigabytes and such started gigahertzing my brain. I’ve looked online for pre-built rigs, but with price tags upwards of $800-$2,200, I was discouraged. That is until I found a neat little PC designed specifically for console gamers, the Alienware Steam Machine. 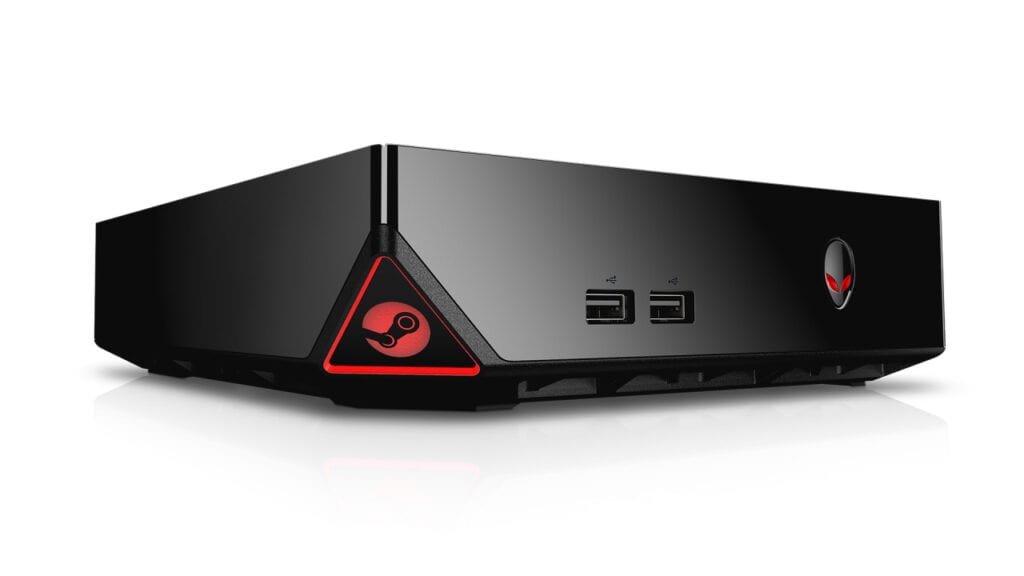 The model I am reviewing is the Alienware Steam Machine i3 500GB. There are different models corresponding with the CPU (Central Processing Unit) and HDD (Hard Drive Disk). The i3 500GB is the lowest price pointed model currently on the market. Models with faster processors will cost more, but not by a drastic difference.

So what is a Steam Machine? As many PC gamers are aware, Steam is an online platform for purchasing and playing PC games. Once you purchase a game, it stays in your library as long as your account is active. Buy a game, play it, delete it from your hard drive, then decide you want to play it again and simply re-download it without having to purchase it again. Dell’s Alienware Steam Machine was built to bring console gamers into the fold by creating a gaming PC that looks, feels, and plays like the consoles you’re familiar with. 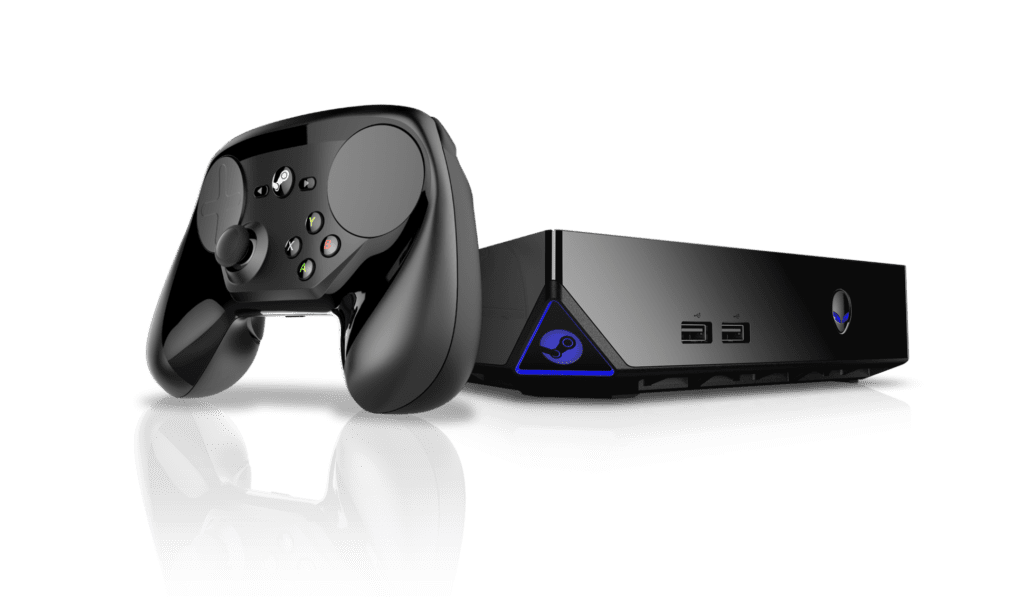 WHAT’S IN THE BOX?

As I anxiously awaited getting my hands on this new toy, I wasn’t sure what to expect when the package arrived. The packing itself was very aesthetically pleasing and protective. The box comes covered with a cardboard sleeve baring an image of the console and controller. Under the sleeve is a sleek black box with a chrome like version of the Alienware brand logo. Inside contains the console, power supply cables, an HDMI cable, micro-USB cable, and Steam’s specially designed game controller. Several instruction manuals are also included. 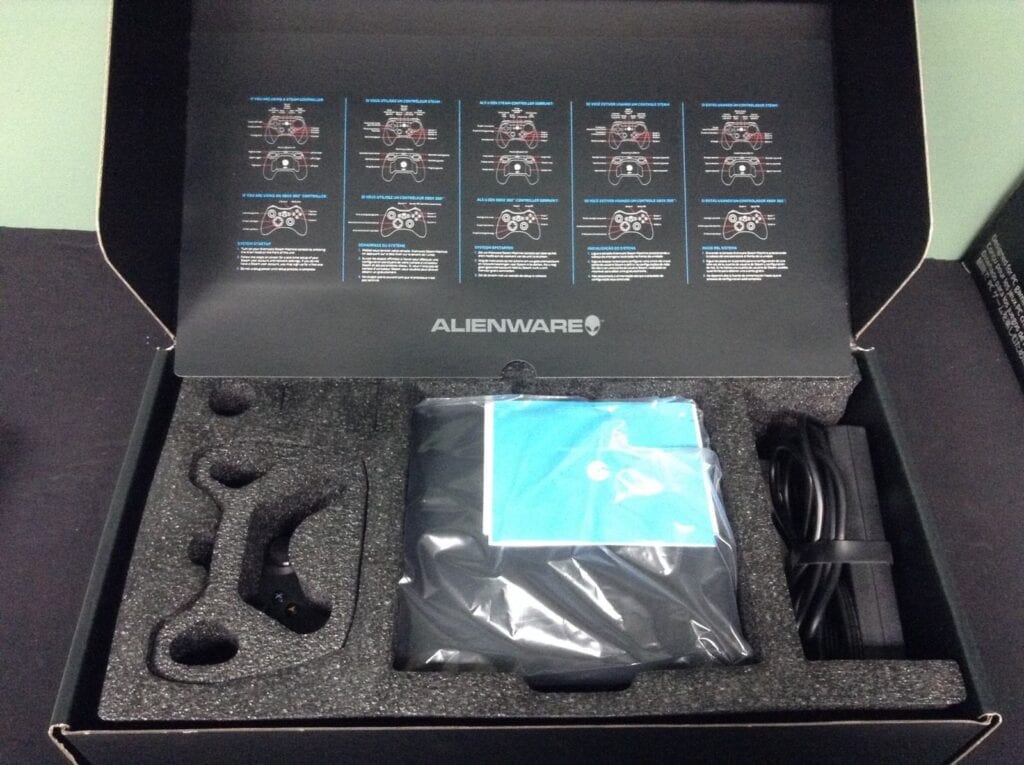 Now that we’ve got the technical mumbo-jumbo out of the way, let’s get into what this tiny, but powerful piece of gaming machinery can really do. First of all, the operating system (OS) that comes pre-loaded on the machine is SteamOS. For those unaware, this a Linux based operating system. Steam users will be familiar with the menu navigation as it is identical to that of Steam’s “Big Picture Mode.” Here’s where we get into the first drawback of the Steam Machine. While the OS runs very smoothly and is pretty easy to navigate and search for games, there are limitations to what games you can play. Most of today’s hotter titles are all Windows based games that will not run on Linux. Don’t let that scare you away just yet. Given the fact that this is indeed a small console-like PC, you can install Windows 10 on the machine, giving you endless gaming title options. If you’re planning on going that route, check out this tutorial by Lon.tv. I would recommend that before you install Windows 10, you go through the initial setup of the Alienware Steam Machine as this will give you a few free games to add to your library. If you want to bypass the self installation of Windows 10, Alienware also offers their Alpha series Steam Machines which have the program pre-installed.

Now that we have everything set up, let’s get into the pros and cons of this marvel of gaming technology.

You can run the Steam Machine much like you would a console. On the other hand, you can turn this into a standard PC set up, which is currently how I have mine configured. Since setting it up I have began to test the limitations of what the i3 500GB model can handle. The one thing I was worried about going into this was overheating. I’ve heard PC gamers talk about liquid cooling and extra fans to keep their rigs from overheating and possibly frying their motherboards. I am happy to say that on my last gaming binge, which lasted a little over six hours, the entire machine was still cool to the touch. The fans are audible, but not to the point of annoying or distracting.

Any PC owner will tell you that one of the things that PCs have that consoles don’t is the ability to upgrade components as technology advances. That stays true, even with this little machine. The CPU, RAM, and hard drives are all replaceable. The only major component that cannot be removed and replaced is the graphics processing unit (GPU), which is incorporated with the motherboard.

As an added bonus, Alienware has include some aesthetics to the console. There are two logos on the front of the device, Alienware’s and Steam’s. Both logos are lighted independently with several color options. You can even go as far as programming the lights to change colors depending on which programs or games you are running. This doesn’t change performance in any way, but it does look bad ass and gives you some personalization options.

This machine runs like a champ, but there are a few things that need some improvement. One of those things is the included Steam Controller. Being a a console gamer for so long, I have a standard expectation when it comes to controllers. The latest for consoles like Xbox One and PlayStation 4 are simplistic, but effective. The Steam controller has a steep learning curve. Instead of your standard left and right thumbsticks, Steam’s control pad has a left thumbstick and on the right side is a touch sensitive pad that acts the same as a touchpad on a laptop. The sensitivity of the pad can be adjusted, but it still doesn’t feel quite right. The pad itself is located where action buttons (A, B, X, Y) are on an Xbox One controller, leaving the Steam controller’s action buttons where a thumbstick is located. This results in fumbling around trying to find the appropriate button.

The i3 model, while a decent gaming machine, is a little outdated as far as the processor goes. Games like Battlefield 1 and Fallout 4 won’t run smoothly with the slower processor. This can be remedied by either purchasing an i5 or i7 model, or by purchasing a new CPU and installing it yourself.

The only other thing that has baffled me about the Alienware Steam Machine is that there are absolutely zero audio ports. There is no place to connect a microphone or headphones. This can be resolved by purchasing a USB 3D sound card, which can be found on Ebay or Amazon for less than $5.

If you are a console gamer wanting to move into the realm of PC gaming (or looking for an inexpensive pre-built rig), this is a great start. Out of the box, the machine may not be ideal for everyone, but with a little extra work, software, and hardware, this could be the perfect setup for someone new to PC gaming. The more expensive models are sure to be up to par with all of the latest and hottest games, but the i3 works just fine for most games released before 2016. If you’re interested in the Alienware Steam Machine i3 500GB, you can find a link to purchase from Amazon below:

Are you interested in the Alienware Steam Machines? Do you own one already? What do you think about it? We always enjoy feedback from our readers, so leave us a comment in the section below. Be sure to bookmark and check back with DFTG for more reviews and all of your gaming news. 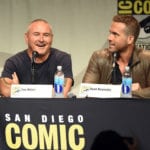 Deadpool 2: Tim Miller Sets The Record Straight On His Departure 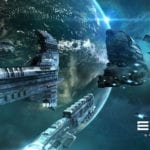