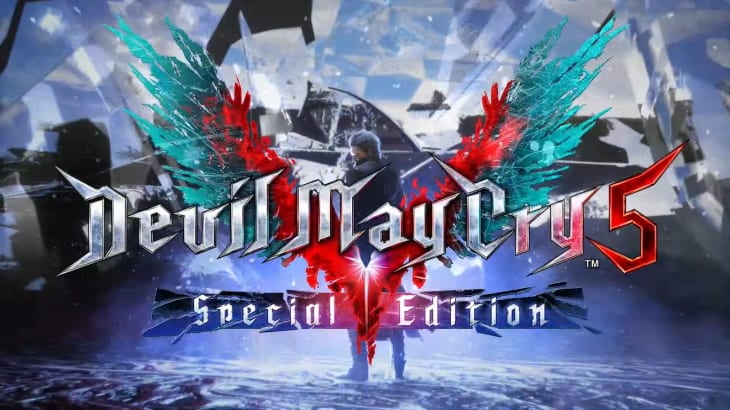 Devil May Cry 5 is back and better than ever in a Special Edition release! The game which was initially released in 2019 has been given additional attention and will be available digitally on the same day as the PlayStation 5 launch. The brand new action packed trailer which is available in 4k shows us some of the main additions and improvements of the game.

One of the most notable editions to the game is Vergil who will now be a playable character (and will be available as a DLC for older consoles), which is highlighted by the sensational sword skills throughout the video. The Special Edition release of Devil May Cry 5 also takes advantage of the PlayStation 5’s ray tracing capabilities allowing for more realistic visuals including shadows and lighting effects to fully immerse the player. The game also comes with a 120fps mode to allow players to really feel the power of hacking and slashing at the hordes of enemies that will inevitably lay at your feet.

Outside of getting Vergil as a playable character, fans can also enjoy a Legendary Dark Knight difficulty which “provides multiple times the enemies compared to the other difficulties” which according to Matt Walker (Capcom producer) will only be available on the PlayStation 5 due to the demand of the hardware. There will also be turbo mode which is a favorite among players of the previous Devil May Cry games.

The PlayStation 5 will be available on November 12th with a limit quantity available for pre-order starting today!

What do you think about the newest Devil May Cry Special Edition? Sound off in the comments below! As always don’t forget to follow the Don’t Feed The Gamers twitter for the latest updates on gaming news and more!