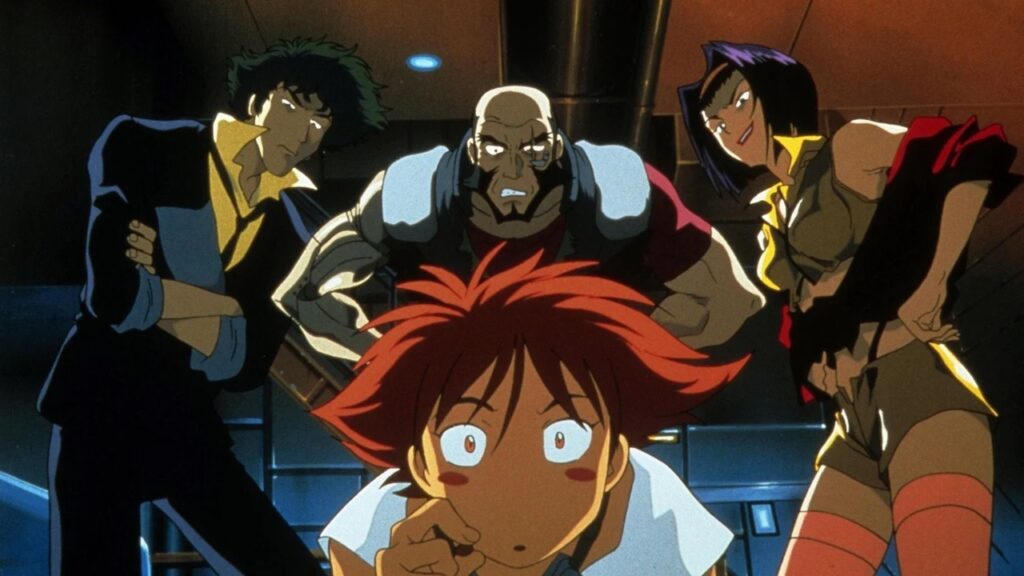 Netflix’s announcement of its live-action series adaptation of Cowboy Bebop understandably raised a slew of concerns from fans of the original anime. Thankfully the streaming company has put most of these concerns to rest, with points going in the company’s favor due to its collaborative efforts with original Cowboy Bebop composer Yoko Kanno, who was hired on to compose the soundtrack for the new series. Now, a new behind the scenes clip shows Kanno in action as she works with the band Seatbelts to create new music for the show.

Netflix released a new BTS clip featuring composer Yoko Kanno as she works tirelessly to recreate the flash-in-the-pan magnificence that is the original Cowboy Bebop soundtrack. While fans of the anime undoubtedly wish to hear some familiar tunes while watching the new series, Kanno apparently only used bits and pieces of the original music, choosing to recreate and reinvent for the majority of the series. “I was particular, not about what I wanted to express, but what I can do for this series, what sounds can be conveyed within the series. That was it,” Kanno explained. “I only used about one-tenth of the music from the original animation.”

I’m honored that my music and my works can reach beyond my thoughts and reach the lives of others. I feel overjoyed with it.”

“Long on style and perpetually short on cash, bounty hunters Spike, Jet and Faye trawl the solar system looking for jobs,” the official description of Netflix’s Cowboy Bebop reads. “But can they outrun Spike’s past?” The answer to that question will be revealed later this month, but at least for now we know to expect some stellar tunes along the way.

Netflix’s Cowboy Bebop series is slated to debut on November 19, 2021.

Thoughts on the new BTS video? Let us know in the comments section below, and as always, stay tuned to Don’t Feed the Gamers for all the latest gaming and entertainment news! Don’t forget to follow DFTG on Twitter for our 24/7 news feed!

Xbox Backward Compatibility Program Is Over — "We Have Reached The Limit"