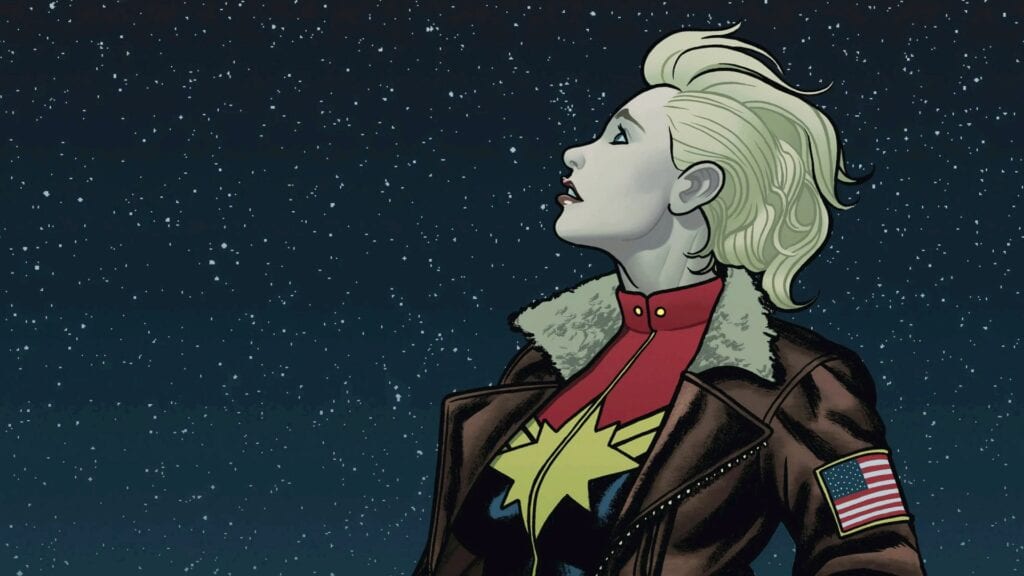 The Marvel Cinematic Universe is pushing forward with their extensive film slate as of late, with the movie Captain Marvel recently beginning production. With the success of DC’s Wonder Woman last year, the ball is in Marvel’s court to bring their first female-led movie to theaters. Fans have now received their first look at actress Brie Larson in the Captain Marvel movie costume, but it may not look how you’d expect.

Arriving via Page Six, the Captain Marvel movie costume was shown off in its full glory, as revealed by a series of photographs. While the overall design is pretty reminiscent of the character’s traditional costume, the red, blue, and gold look has been seemingly replaced with a dark green color scheme instead, which is not that surprising when looking at her pre-usual costume design from the comics. Check it out below:

A green costume could mean a few potential things when given the scope of the comic book source material. While the overall look is a pretty faithful reimagining of comic artist Jamie McKelvie’s design, Carol Danvers has never before adopted a fully green costume. But the same can’t be said about the original version Captain Marvel.

Mar-Vell, the first ‘Captain’ was of Kree origins, a militaristic race of aliens that often sport the color green in their uniforms. This new movie version of the costume could be a way to reference these extraterrestrial beginnings, at least for the time being. We could very well see the more traditional comic suit down the line, either in more set pictures or by more official means when the film releases. Captain Marvel is set to release in theaters on March 8th, 2019.

What do you think? Are you a fan of the unique green look, or do you wish they would’ve gone with the red and blue costume first? Let us know in the comments below and be sure to follow Don’t Feed the Gamers on Twitter to be informed of the latest gaming and entertainment news 24 hours a day! For more Marvel news from recent weeks, check out these next few links below: 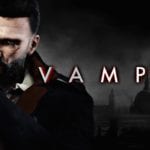 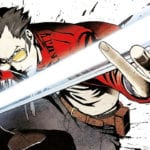