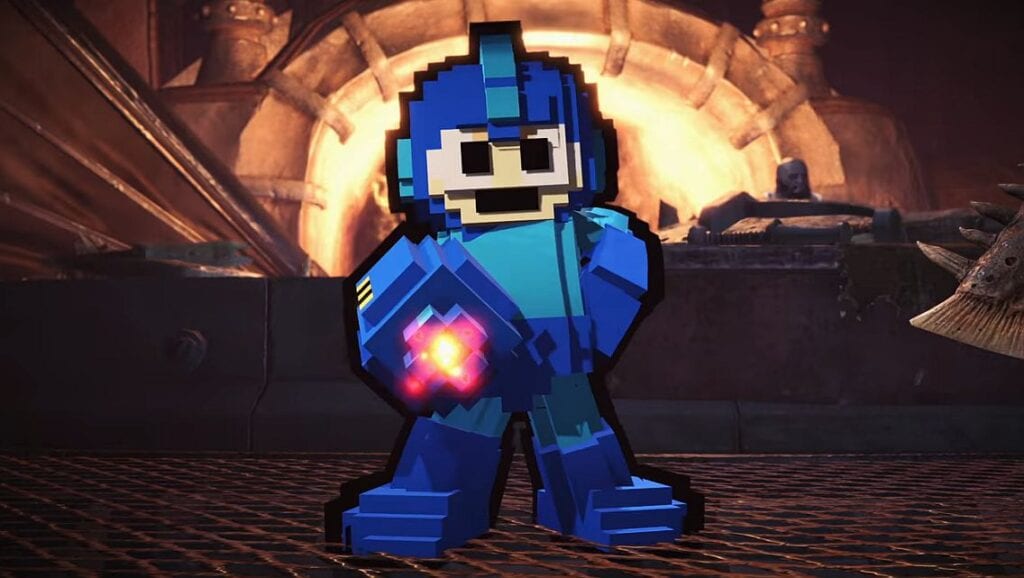 Monster Hunter: World is seeing a lot of news lately. New Pop Vinyl figures are on their way and at Paris Games Week it was announced that Horizon: Zero Dawn would be crossing into the game as well. Now, at PlayStation Experience, Capcom has announced a Monster Hunter Mega Man crossover at the tail end of a new trailer that can be seen below:

The crossover is promising fun content upon its release next month. Fans will get to change their Palicoes into an 8-bit Mega Man that can fire from his Mega Buster and everything. The cat-like creature turned 8-bit robot accompanies players on hunts in the game.

Marking the 30th anniversary of the game, Capcom is also including songs from Mega Man that accompany different weapon choices. These 8-bit tunes can be enjoyed as players fight monsters they encounter in the game. Overall, from what is shown in the video, the Monster Hunter Mega Man crossover is promising to add some fun to a game already packed with expansive and interesting content. 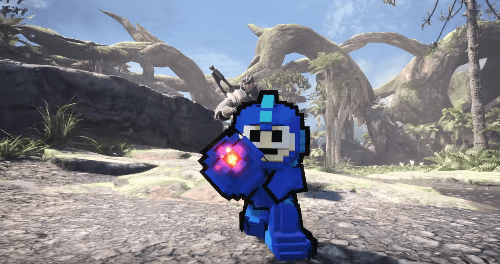 The Monster Hunter Mega Man crossover, much like the Horizon Zero Dawn content, is likely a push by the company to draw fans into the series who may not have considered the game before. It could also as easily be a way for Capcom to put a little hype on the announcement of Mega Man 11. Time will tell on both counts.

The RPG is currently in a beta for the PlayStation 4 that gives players a chance to hunt three monsters and explore two game locations. The beta could give interested parties who are on the fence an opportunity to see if they’ll enjoy the title. Monster Hunter: World is expected on PS4 and Xbox One on January 26th while PC users will have to wait for a later date.

What other crossovers might be fun for Monster Hunter: World? Join in on the conversation in the comment section below! As always, don’t forget to follow DFTG on Twitter for live gaming and entertainment news 24/7! 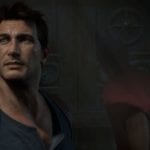 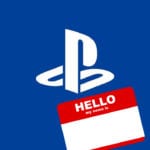