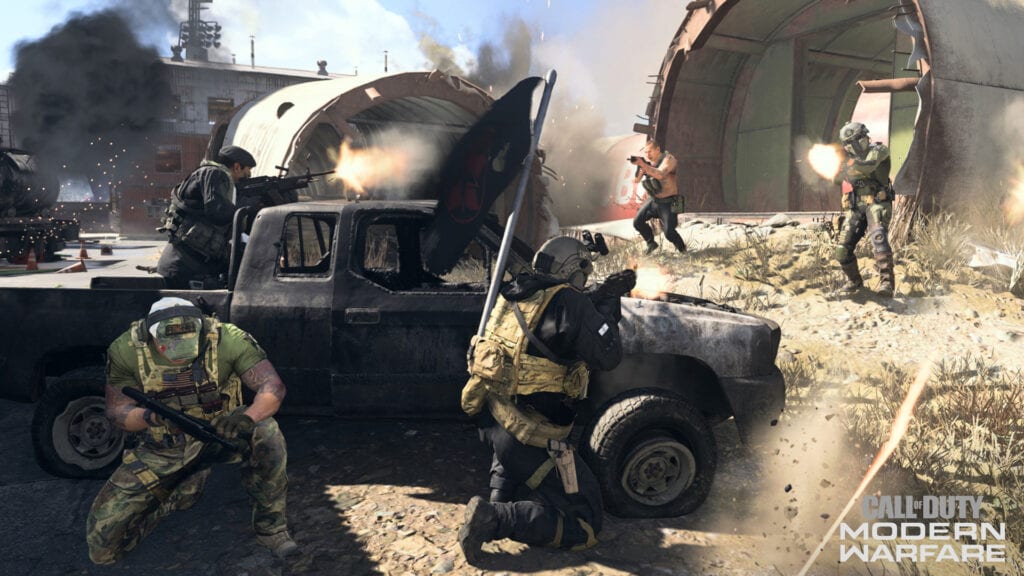 The latest update for Call of Duty: Modern Warfare and Warzone has arrived, bringing fans a plethora of goodies to wage war against each other. From the new weapons, including an incredibly powerful new sniper rifle to the introduction of some new game modes, there’s a lot to unpack. Thankfully, the developers have all the new changes listed in a new round of patch notes, giving fans a good look at all that the game has to offer in its 4th season.

Season 4 Reloaded is bringing a lot of changes, mostly to Warzone, though, there is still plenty that affects players in Call of Duty: Modern Warfare as well. Many weapons were nerfed or buffed, but the infamous Grau saw some much-needed changes, receiving a lowered damage range, a slight increase to the high-frequency recoil, as well as reduced recoil compensation on the Tempus 26.4” Archangel and FSS 20.8” Nexus barrels. A spotter Scope item was added, giving snipers and more sneaky players a way to see long distances without giving away their position – a nice addition indeed.

While it might be a little harder to sneak around until late game, Call of  Duty: Warzone is getting a limited time new mode, increasing the player count to 200 or 50 quad groups per match. It’ll be interesting to see just how much chaos the new game mode, though, it won’t be the most terrifying new addition. Another new mode called Juggernaut Royale will see players picking up an airdropped package to become the Juggernaut in all their mini-gun glory. Once the Juggernaut is killed and sent to the Gulag, another drop arrives from the sky, giving a new player a chance to become a heavily armored tool of destruction. 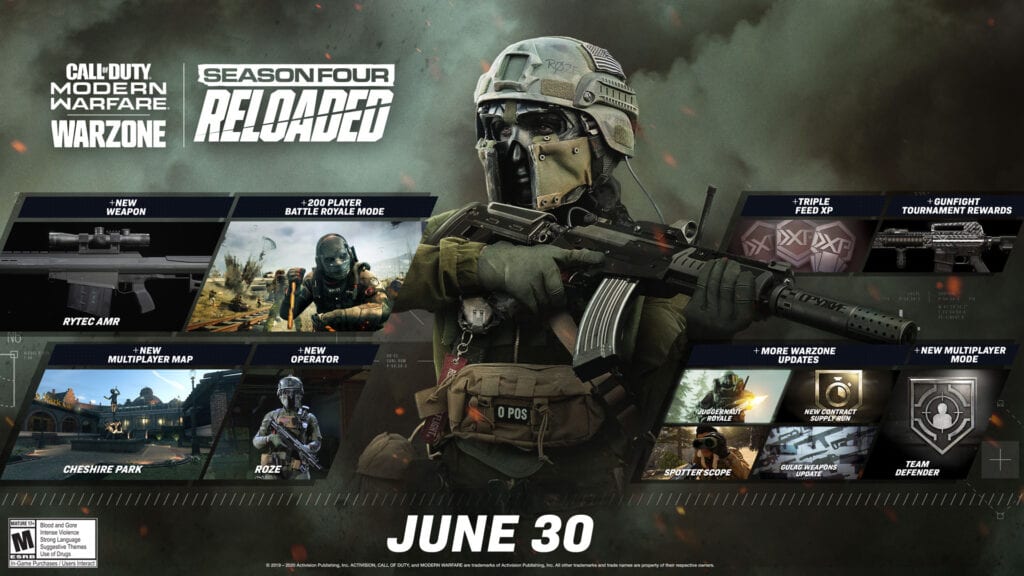 Lastly, a new roadmap for Call of Duty: Modern Warfare Season 4 Reloaded also sees the addition of some sweet new goodies for fans to enjoy. A new Operator named Roze is coming as well as a new multiplayer map, new sniper rifle, and even a new multiplayer mode called Team Defender. The mode was first introduced almost a decade ago in Modern Warfare 3 and sees players fight for control of a single flag and gain points over time so long as they have it under their control.

Call of Duty: Modern Warfare and Warzone are both available for PC, Xbox One, and PlayStation 4. The new patch is once again a big one, ranging between 22-36 GB of content and patches. What are you most excited to see in the latest update? Let us know your thoughts on Call of Duty: Warzone Season 4 Reloaded and more in the comments section below. As always don’t forget to follow Don’t Feed the Gamers on Twitter for 24/7 coverage of all things gaming and entertainment.