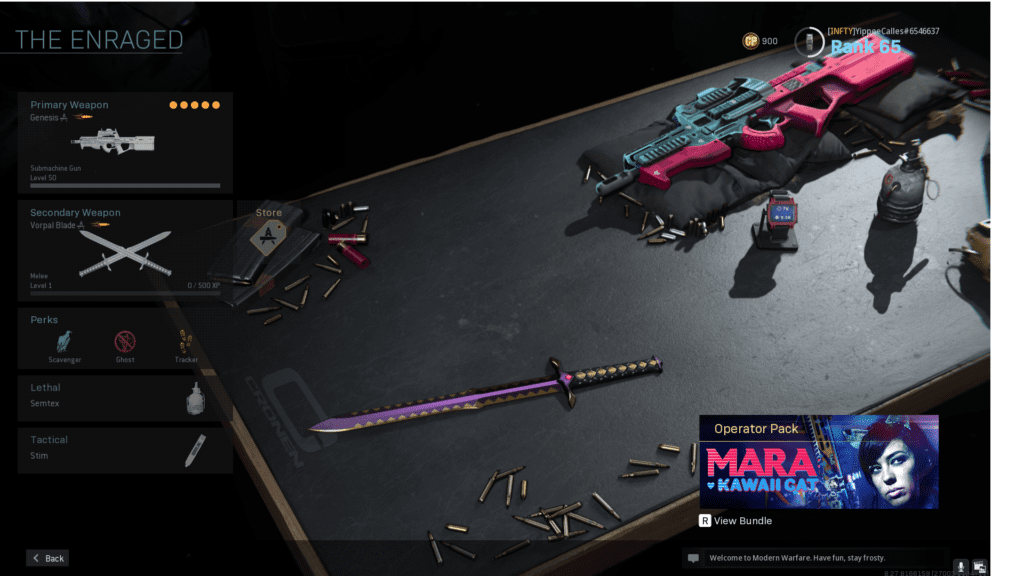 The Call of Duty: Modern Warfare reboot was originally sold as a darker, more gritty take on the franchise, and for a while that was the case. The single-player mode of the title successfully sold players on the idea, and for a time the multiplayer also maintained a sort of gritty realism. As time has gone on, however, the developer has implemented some pretty wild cosmetics such as colorful tracer packs for weapons and Operator skins like Cat Mara, all of which can can ruin the immersion of some players. The recent addition of a 16-bit weapon pack seems to be one of the final straws, sparking a debate on realism and the overall aesthetic of the title.

The recent release of a 16-bit weapon pack features 3 weapons: an assault rifle called the Commodore, a submachine gun called the Genesis, and Dual Kodachis called the Vorpal Blade. All three weapons feature a 16bit death effect and Tracer fire, turning enemies into several digital blocks like something out of Tron or Scott Pilgrim. While some fans are simply enjoying the new skins and effects, others have begun to question whether or not the recent cosmetic additions are the right direction for the game.

A Redditor by the name of jnmann expressed his discomfort over the idea of the more bizarre effects, spurring a discussion concerning whether or not the realism and overall aesthetic of the game was on par with the series. Call of Duty as a franchise is by no means “realistic” at least as far as gameplay is concerned, and many fans don’t feel that the wild and wacky cosmetics are an issue within the franchise as far as the multiplayer is concerned. A reply from Redditor Lead_Sails saw an interesting point that the debate isn’t necessarily about the realism of the title but simply the aesthetic. The multiplayer no longer feels like the dark and gritty combat that the developers had hoped to deliver initially and Lead_Sails explains that it just doesn’t fit with the overall image of what the game claimed to be.

Call of Duty: Modern Warfare is currently available for PC, Xbox One, and PlayStation 4. What do you think about the debate between realism and maintaining a particular aesthetic in the title? Let us know your thoughts on the 16-bit Weapon pack and more in the comments section below. As always don’t forget to follow Don’t Feed the Gamers on Twitter for 24/7 coverage of all things gaming and entertainment.