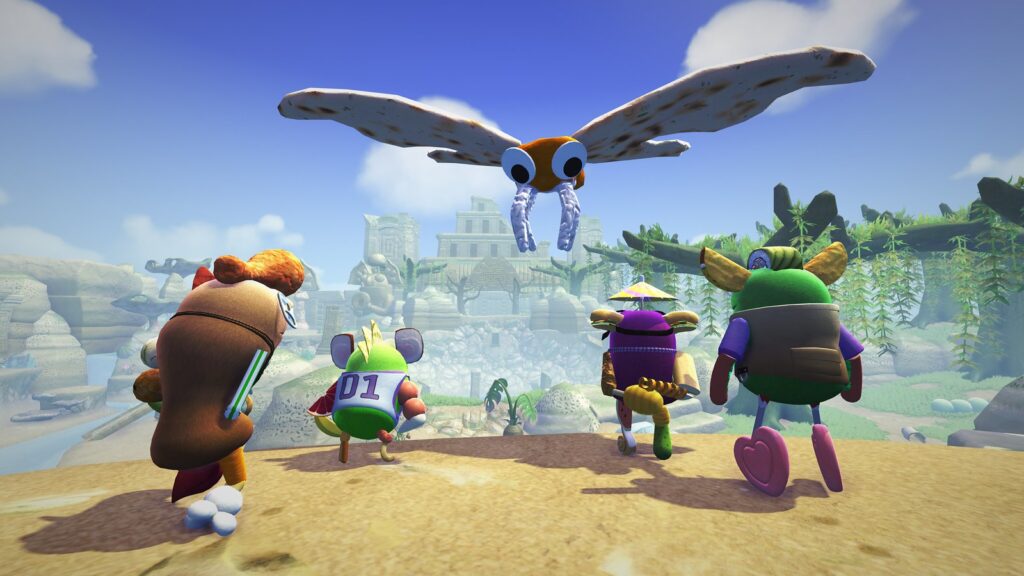 Known amongst fans for its bizarre sentient food premise, the loveable little critter-filled island of Bugsnax is now confirmed to get a decidedly big update after months of teases. Announced during the latest PlayStation State of Play showcase, developer Young Horses announced the ‘Isle of BIGsnax’ update, which will introduce an all-new island biome, oodles of new activities, and giant versions of the game’s aptly-dubbed “kinda bug, kinda snacks” creatures.

As detailed on the PlayStation Blog, the Isle of BIGsnax update is touted as a “smorgasbord of content,” namely for its mysterious new locale adjacent to the game’s main island. The adventure sets players on an expedition to explore the island’s “long-forgotten history” and discover “a dozen” new native Bugsnax waiting in the wild. An accompanying trailer shows quite a few of these big boys in action, including one that appears to be a boss battle-type of encounter.

In addition to these giant-sized Bugsnax, multiple “new mechanics” will be introduced such as Shrink Spice, which shrinks the behemoths down to a catchable size. Back in the main area of Snaxburg, “over 100 challenges and 30 new quests” will await players alongside their very own hut to personalize from a collection of “nearly 200 decorations.” If that wasn’t enough, the Bugsnax themselves will also be customizable, with the addition of collectible Bughats.

As of now, the Bugsnax: Isle of BIGsnax update is set to release free sometime in Early 2022 alongside a small collection of nondescript “updates and improvements.” When the content arrives, returning players will be free to check out the new island ahead of the game’s story-based cutoff “point of no return.” On the other hand, new players will see the new locale, its giant inhabitants, and all the new features introduced “organically” through the campaign.

​What do you think? Are you excited to explore the new Isle of BIGsnax update, or have you yet to experience the immense glory that is Bugsnax? Let us know in the comments below and be sure to follow Don’t Feed the Gamers on Twitter and Facebook to be informed of the latest gaming and entertainment news 24 hours a day!​